Phyliss Lyon and Del Martin could easily be called the mothers of the lesbian rights movement. They spent most of their adult lives fighting for recognition and equality.

SAN FRANCISCO -- The 1969 Stonewall Riots in New York are widely seen as the flash point in the fight for equal rights, but there were many events and people across the country that helped ignite the national conversation before Stonewall.

That includes a San Francisco couple who had already spent nearly 15 years speaking up for lesbian rights, before a shout was raised at the Stonewall Inn.

Phyllis Lyon and Del Martin could easily be called the mothers of the lesbian rights movement. They spent most of their adult lives fighting for recognition and equality. They founded the Daughters of Bilitis, the first organization for lesbians in the United States in San Francisco in 1955.

"They started socially, primarily as a way to bring people together," said Andrew Shaffer of the GLBT Historical Society in San Francisco. "But they quickly became political. They became engaged in the politics of the day, trying to win my rights for women, more rights for lesbians, but also for the broader LGBTQ community."

At the GLBT Historical Society museum, a display highlights the contribution of the two women to the community. The display includes the magazine they started circulating in 1956. "The Ladder" was the first national lesbian publication in the U.S., and one of the first to magazines to publish statistics on lesbians. In most of the United States "The Ladder" was illegal because the content talked about same-sex relationships, but that didn't stop phyllis and Del.

"In 1960 they held a convention that brought a lot of women together, to organize, to learn together, to just meet each other. This was really groundbreaking, this was really not a time when it was very common to have large scale queer gatherings," said Shaffer.

Phyllis spoke with us in 1966 about one of those conventions, in this interview not seen in more than half-a-century.

Our reporter asked, "Is the membership restricted only to lesbians?"

Phyllis Lyon said, "No, it is restricted only to women, and they have to be 21 years, we don't inquire into their sexual orientation if they want to become a member."

"Is it more or less taken for granted?" asked the reporter.

"By the very nature of the organization it is, I would say 99-percent lesbian," said Lyon.

The D.O.B. as it was called, had chapters around the country.

"Which city has the greatest membership?" asked our reporter.

"What problems have you had holding conventions?" the reporter asked.

"We've run into no trouble out here in San Francisco, when our chapter in New York tried to reserve a hotel for the convention in 1964, they had difficulty getting a hotel in New York," said Lyon.

The reporter asked, "Why is this?"

"They are very strange on the East Coast apparently," laughed Lyon.

Much of the planning for the Daughters of Bilitis happened at their home on Duncan Street in San Francisco's Noe Valley neighborhood. Martin and Lyon bought the home in 1955. If its walls could talk, they would tell the story a story of lives lived fighting for equality.

"They did work on youth issues and poverty and aging, and they became, I would say, with the rise of the second wave feminist movement, they became very ardent feminists, as well as people who active on gay rights," said Susan Stryker, a Filmmaker and LGBTQ Historian.

When the City of San Francisco dived into the debate over same-sex marriages in 2004, Phyllis and Del were the first couple to be married.

"Did you think that something like this was going to happen by now?" asked a reporter of Del Martin at the time.

"I never expected it to happen in our lifetime, that's for sure," answered Martin.

It was a short-lived union, however. The state's high court voided those marriage licenses. But they did marry legally in 2008. We asked phyllis and Del what they thought about being married on the eve of their second, and final, wedding.

"I don't know that we even had a chance to think - did we?" Lyon asked Martin, "no," answered Martin, and they both laughed.

After 55 years together, they tied the knot at San Francisco's City Hall.

The home they lived in for 65 years was sold last year for more than $2 million. The city recently declared the home a landmark and the new owners have pledged to preserve it for the future.

That included allowing Oakland-based CYARK to come in and take detailed 3D images of the house.

"So there will be a virtual 3D tour of the house so that anyone can visit it online, explore the space, but also learn about stories and what happened here in this house," said Cyark CEO John Ristevski.

The home needs a lot of work, and the National Trust for Historic Preservation is now trying to figure out what to do with the house. Saving Phyllis Lyon and Del Martin's home will cost millions of dollars.

"Ideally we wouldn't just preserve the past, but we are thinking about ways that we can restore and reactivate the site as a place where there can be women's rights and LGBT rights, leadership, advocacy and activism that will not only respect on and honor the work of phyllis and Del, and their lives, but carry that legacy forward," said Christina Morris of National Trust for Historic Preservation.

The goal? Creating a home for tomorrows LGBTQ leaders to remember where their history begins, and just how far it can take them.

If you are interested in learning more about Phyllis Lyon and Del Martin or in helping preserve their home, follow these links:

Reference material coordinated in conjunction with local LGBTQ+ archives and the ONE Archives Foundation.

The ONE Archives Foundation is the independent community partner that supports ONE National Gay & Lesbian Archives at the University of Southern California (USC) Libraries, the largest repository of Lesbian, Gay, Bisexual, Transgender, Queer (LGBTQ) materials in the world. Founded in 1952 as ONE Inc., the publisher of ONE Magazine, ONE Archives Foundation is the oldest active LGBTQ organization in the United States. In 2010, ONE Archives Foundation deposited its vast collection of LGBTQ historical materials with the USC Libraries. Today, the organization is dedicated to promoting this important resource through diverse activities including educational initiatives, fundraising, and range of public programs.

ONE Archives Foundation's flagship K-12 education programs provide educators with the resources they need to teach accurate and authentic LGBTQ+ history, including professional development webinars and free LGBTQ+ lesson plans available for download on our website. In addition, ONE Archives Foundation mentors youth to become ambassadors for LGBTQ+ history through the Youth Ambassadors for Queer History program. Learn more here. 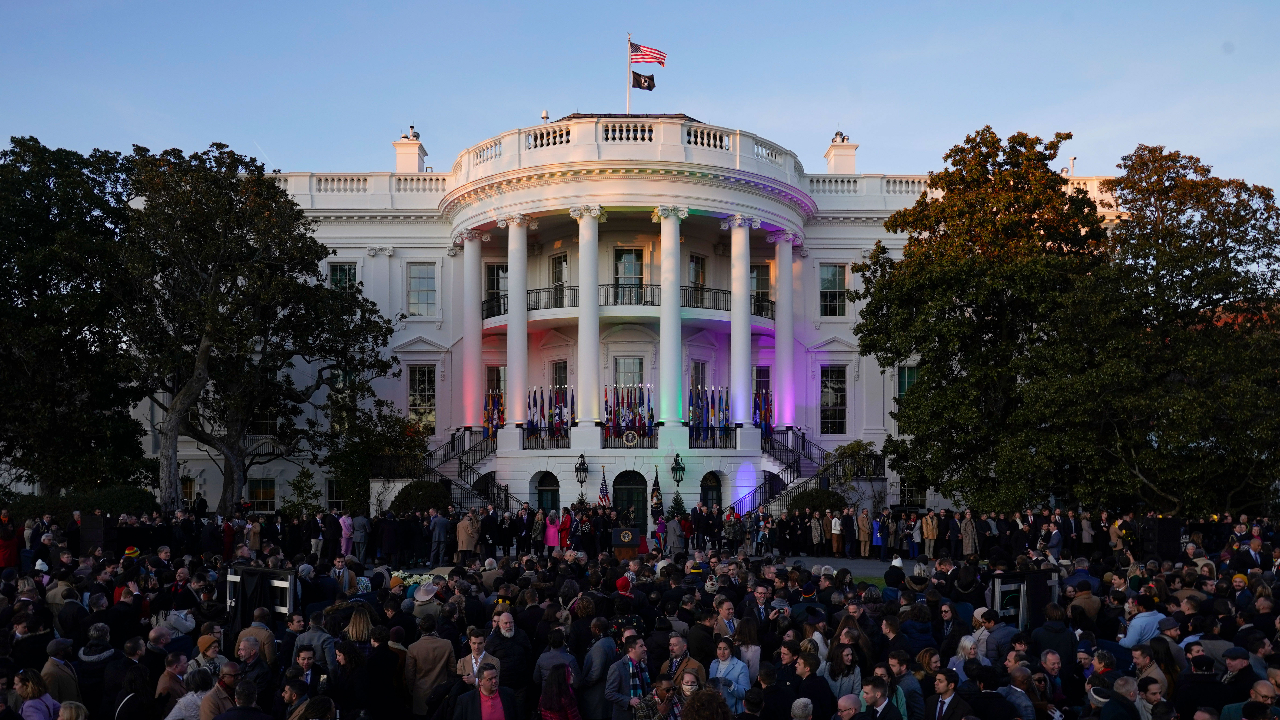 David Archuleta addresses fans who walked out of his Christmas show

Billy Porter honored with star on Hollywood Walk of Fame