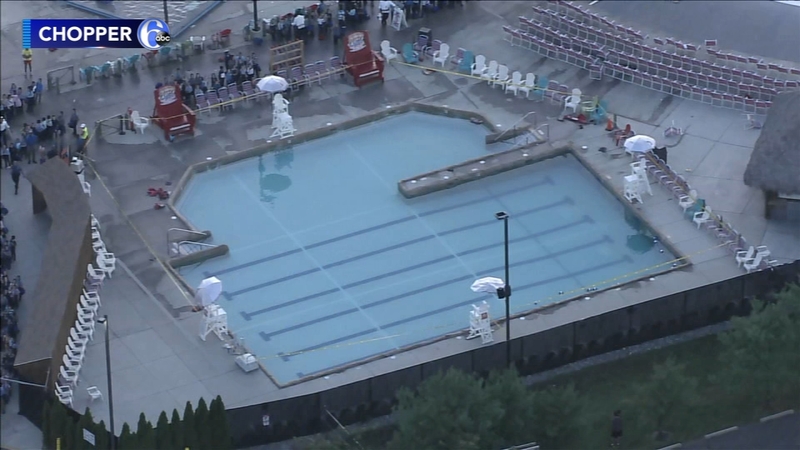 Boy drowns while on camp trip at N.J. water park

Authorities were called to Sahara Sam's Oasis Waterpark around 7:30 p.m. for a report of a cardiac arrest.

He was taken to a hospital in Voorhees, New Jersey where he was pronounced dead. Police say Grossman was there as part of a summer camp holding a private event at the water park.

In Brooklyn, hundreds of mourners gathered for Grossman's funeral Wednesday, beside themselves over the sudden loss of someone so young. Grossman was the grandson of a well-known rabbi within the Orthodox community.

"What makes it tragic is, this was an outing. This was fun, and fun ended in tragedy, and it also touched on a prominent family as well. I think even if it wasn't a prominent family everybody would have felt the pain as well," said Joseph Langsam, the victim's cousin.

"We are deeply saddened by the incident and our prayers are with the guest's family and friends at this difficult time. Safety is our number one priority. All life guards are StarGuard certified. We are completing a thorough review of the incident, which occurred during a private event, and working closely with local authorities."

Sahara Sam's was open on Wednesday, and plenty of families went inside, keeping a close watch.

"I'm just shocked," said Carol Harris of Pennsauken, who brought her granddaughters to the park on Wednesday morning.

"Even though they're good swimmers they still need to be kept an eye on," said Regina Wildmann of Pennsauken, N.J.