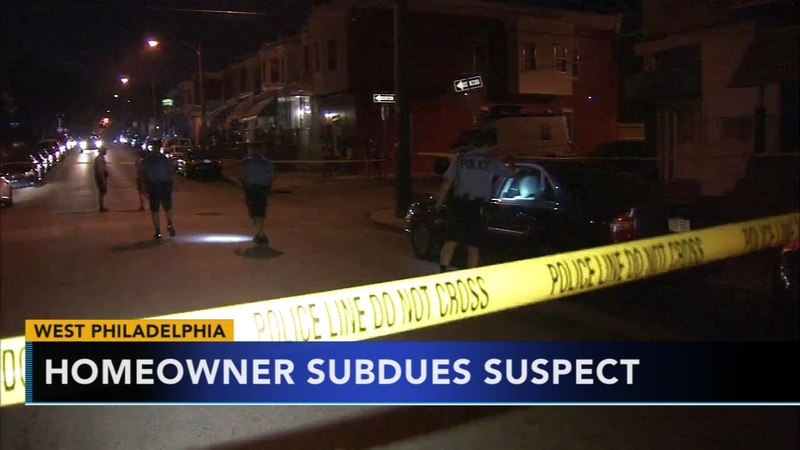 PHILADELPHIA (WPVI) -- An accused murderer is in custody this morning.

Investigators say he assaulted two Philadelphia police officers before stealing their car to make a getaway, but was eventually taken down by a homeowner.

It started around 9:15 p.m. when two 19th District officers made a pedestrian stop in the 5500 block of Poplar Street.
They say the man they were stopping then assaulted both officers and then jumped into the police vehicle and took off down Poplar.

Police say the suspect drove to Ithan and Media Streets and got out. Then a 911 call came in for a report of that same man breaking into a home in the 1400 block of North 56th St.

Police say the person who lives there was able to fight off the suspect and police arrested the suspect in the rear of that residence.

Both police officers were taken to Penn Presbyterian Medical Center and are in stable condition.