Man crashes into parked truck after speeding away from traffic stop, police say 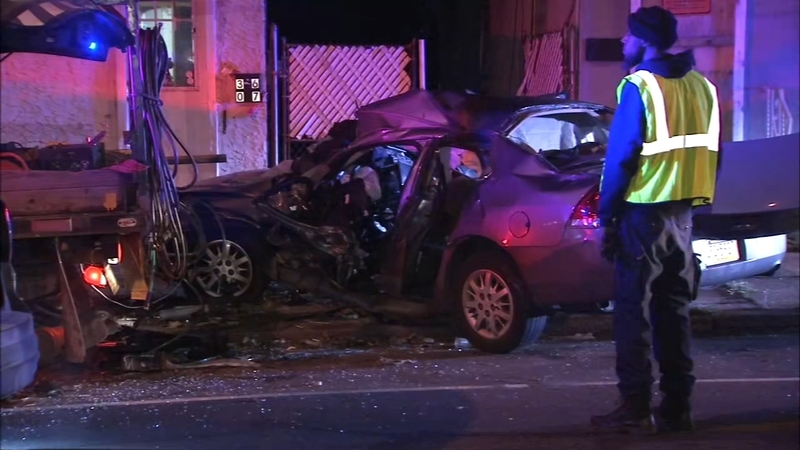 PHILADELPHIA (WPVI) -- A man is in the hospital after speeding away from Pennsylvania State Police during a traffic stop and crashing into a parked truck Monday morning, according to investigators.

The crash happened around 1:30 a.m. at Rhawn and Craig streets, about a block away from Frankford Avenue in the Mayfair section of Philadelphia.

Investigators said it all started after the suspect sped away from a traffic stop.

The car the man was driving was badly damaged after he crashed into a truck where a number of tools and containers were being stored.

An Action News crew was at the scene shortly after the crash, which left the driver's side and roof of the car smashed.

A man who lives next to the crash said the impact woke him up and that the suspect had to be cut from the vehicle.

That man behind the wheel was taken to the hospital with a number of injuries but is stable, according to investigators.