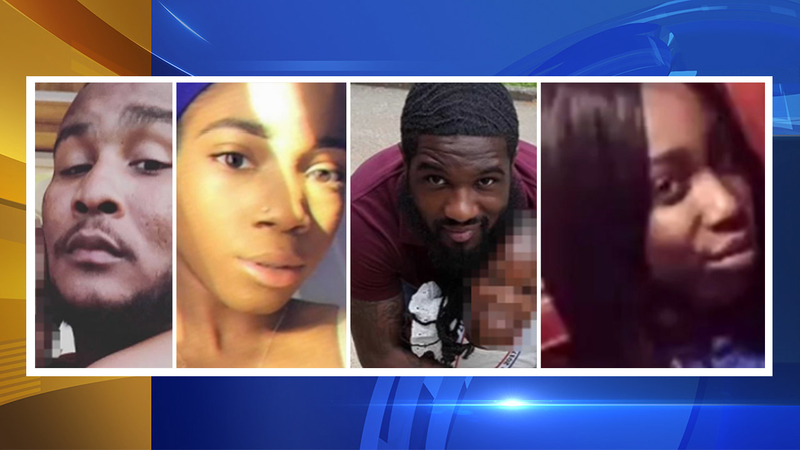 The victims include two men, a woman and a teenage girl.

The two female victims, who were sisters, are identified as 20-year-old Tiyaniah Rakele Hopkins and 17-year-old Yaleah Hall, both of the 2600 block of North 9th Street.

Two male victims, who were cousins, are identified as 31-year-old William Taylor and 28-year-old Akeem Mattox, both of the 5100 block of Malcolm Street.

The discovery was made around noon on Monday, November 19 in the 5100 block of Malcolm.

Investigation continues into quadruple killing in Southwest Philadelphia. Watch the report from Bob Brooks on Action News at 4:30 p.m. on Nov. 20, 2018.

The victims were found in the basement. Each had been shot in the head.

"All four of these individuals were executed. There are no ifs, ands or buts about it," Commissioner Richard Ross said during a news conference last Monday.

There were no signs of a struggle in the house, police said, leading investigators to believe the victims were already in the basement or were led down there.

Ross says the home appears to be in the process of being renovated. In fact, Ross says a neighbor heard bangs the night before the bodies were found, which he assumed had to do with ongoing work at the house.