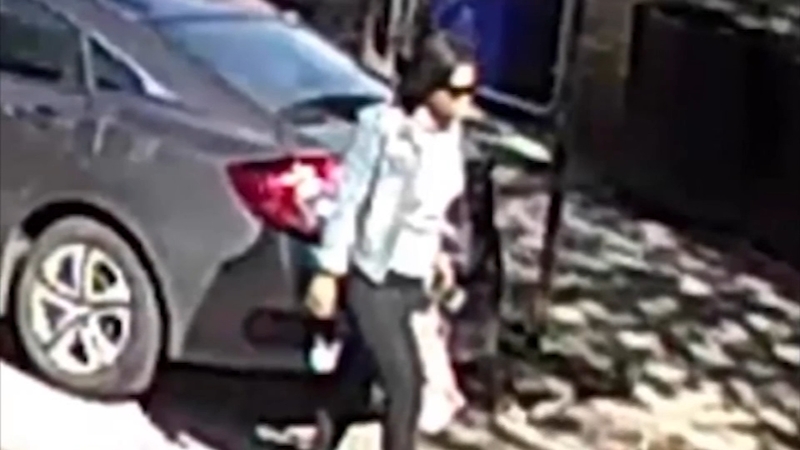 An employee who did not want to be identified said she stood face-to-face with the suspect who robbed her restaurant on the 200 block of 45th Street.

"I was shocked," the employee told Action News. "I couldn't even breathe."

Detectives said that same woman is behind a rash of armed robberies on the same block.

Area surveillance cameras caught her armed with a shotgun entering the Halal food market last month and robbing the store.

A week later, she was snapped driving up to the same store and entering with a gun and robbing the business in broad daylight.

Only this time, the business owner chased after her.

"We think she's going into these mom and pop stores and trying to look for businesses that do not have surveillance video," said Philadelphia Police Lt. John Walker. "And she's targeting these businesses without the fear of getting caught."

Police said they believe the woman lives in the area.

The business owner of the grocery store told Action News he recognizes the woman as a customer.

Residents and businesses are now on alert, and her victims are worried that she will strike again.

"I was so shocked," said one business owner. "It means she's going to come back again. I'm scared."