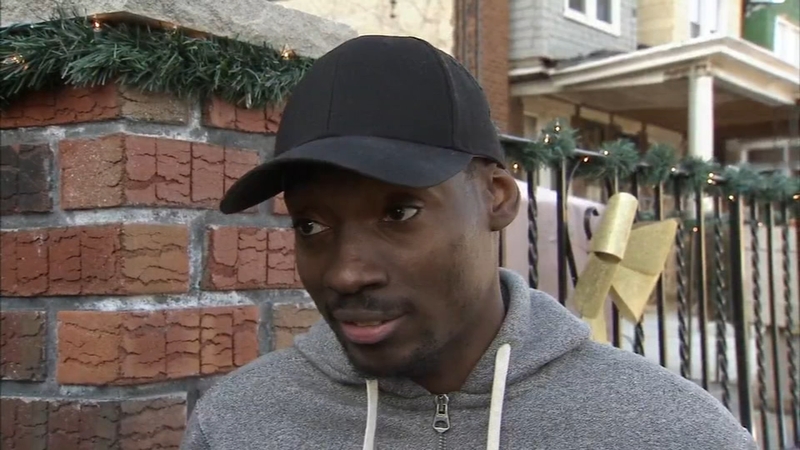 WEST OAK LANE (WPVI) -- Police say a Philadelphia man stopped a would-be robber by pulling out his own gun and opening fire.

It happened on the 6500 block of Beechwood Street in the city's West Oak Lane section around 12:30 a.m. Thursday.

Watch video from the Action Cam after police say a man shot a would-be robber in West Oak Lane on December 21, 2017.

"I looked over my shoulder, the guy has the gun pointed at me," Rahkeim Kelly said.

Kelly was headed home from buying a soda when he stopped to talk to an old friend. That's when a hooded man appeared and put a gun to the back of Kelly's head.

At that point Kelly, a security guard licensed to carry, took matters into his own hands.

"I just remember ducking behind the car, then looking through the window to find him," Kelly said. "He was still there. I fired two shots first, then he tried to take off running. I fired one more, then he ended up dropping the gun. He ran off and I just went and secured the weapon."

"He does have a valid permit to carry," said Philadelphia Police Capt. Sekou Kinnebrew. "We checked that out. He's the victim of a robbery. He did attempt to retreat, taking cover behind a car. But the offender continued to aggress, and (the victim) had to defend himself."

The suspect was hit in the wrist, and was arrested moments later at a nearby fast food restaurant.

As for Rahkeim Kelly, he says he hopes to one day join the police force.