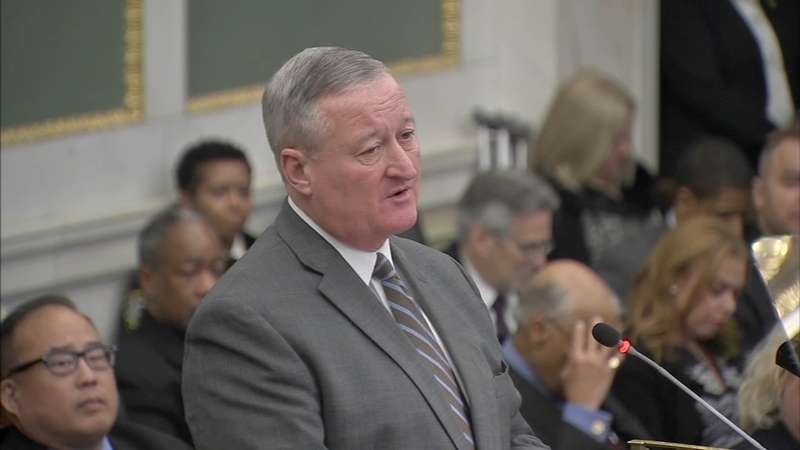 Kenney made the proposal during his annual budget address to City Council on Thursday.

The mayor came to City Council with a spending plan that includes goodies for pretty much everyone, more money for police, firefighters, resources to battle opioid addiction, and more for the school district and therein lies the bone of contention. He wants a hike in real estate taxes to the tune of 6%.to cover the perpetual deficit - this time projected at 900-million dollars over the next 5 years.

Mayor Jim Kenney said, "There is nothing left to cut. There is no one else to turn to while we continue to press the Commonwealth to meet its constitutional requirement to fund schools adequately. We can no longer afford to wait for other people to act."

The mayor says the average residential property owner with a home assessed at $113,000 will see an additional $95 a year on their tax bill. The Chamber of Commerce is supporting it.

Rob Wonderling of the Chamber of Commerce said, "We are supportive of the mayor's plan to increase property taxes. We think that's a broad-based tax borne by both residences and businesses."

The verdict goes to City Council now and key members are not signing up.

Councilman David Oh said, "I don't know if 6% property taxes are a good way to do it because we have a lot of poor people in this town and a lot of people on fixed income."

Councilwoman Jannie Blackwell of West Philadelphia said, "We gotta talk about property taxes I know we have to do something, what that should be is a different question."

"Every Philadelphian who has advocated for greater accountability from the School District of Philadelphia - and I include myself - must accept the moral and fiscal responsibility that comes with local control of our schools. Mayor Kenney's proposed funding increase for the District will be debated by Council just as voters contemplate reauthorization of an independent and accountable Philadelphia Board of Education to assume the place of the state-controlled School Reform Commission ahead of the May primary election. We know from a prior election that Philadelphians overwhelmingly support local control. Now we must do the difficult work of building consensus on how best to help the District resolve a massive structural deficit not of local government's making."