WPVI
By Christie Ileto
CENTER CITY (WPVI) -- Set to the backdrop of music, hundreds of LGBTQ activists danced and demonstrated Wednesday night at 12th on Market in Center City Philadelphia.

"Who says you can't party and also protest at the same time?" said Katherine Heilman-Slavin of Old Kensington.

"The focus for tonight is to call attention to the ways in which queer and trans, especially queer and trans black and brown people, do not have access to a lot of healthcare," said Hanako Franz, organizer.

GOP Congressional leaders are holding their annual retreat at the Loews Hotel in Center City.

Among a gamut of issues, they're discussing President Trump's executive order to ease the burden of repealing the Affordable Care Act.

This is the rally cry for the "Queer Rage(r)" outside the Loews Hotel. The heart of the issue tonight #repealACA #RepublicanRetreat @6abc pic.twitter.com/soMm1EG0OM

"It's just like every single day you look at the news and you're like, 'Oh my God! We're only on like Day 5,' " said Ted Passon of West Philadelphia.

"We're not scared for ourselves, but a lot of people aren't as fortunate, and they're just as important," said Jane Wang of Fairmount.

Wednesday's protest is a first of many over the next 24 hours, as the new president makes his way to the City of Brotherly Love.

Barricades are already in place, while officers on foot and bikes patrol the grid surrounding the hotel that will be shut down by 6 a.m. 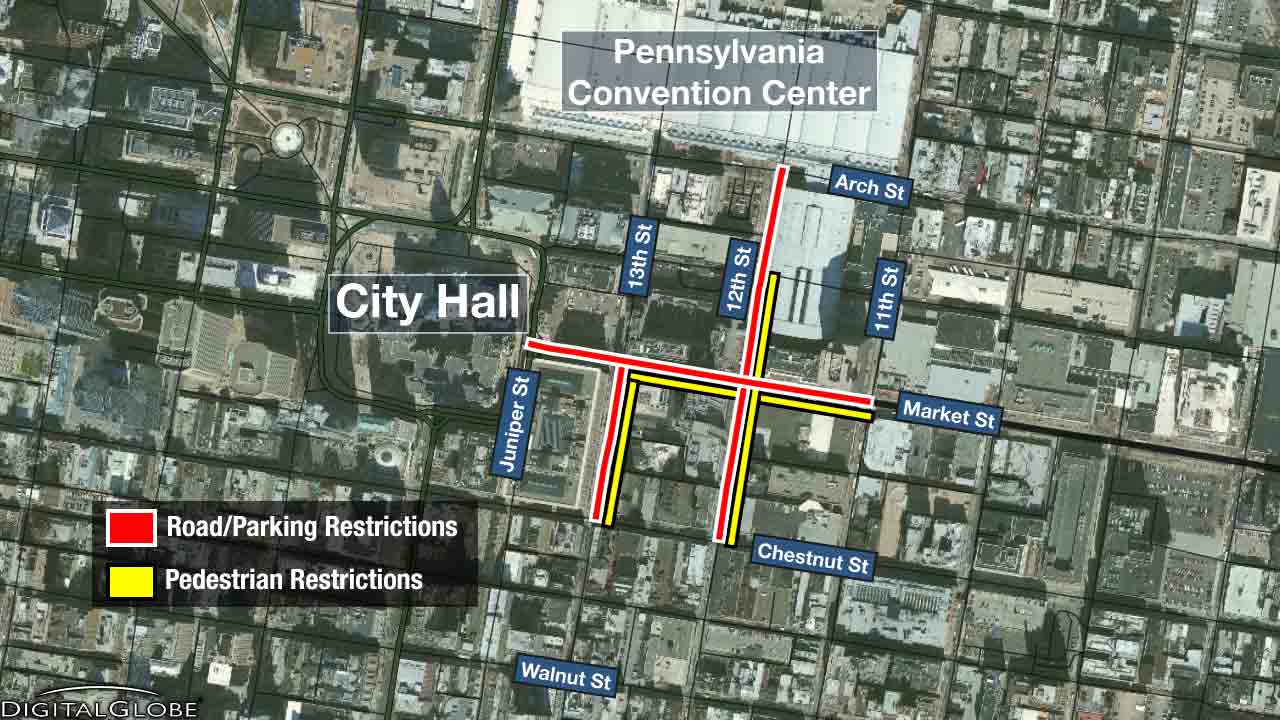 SEPTA routes will be detoured and even the 13th Street stop will be closed.

"There will be some people out there that you just may not see, or that you may not notice," said Commissioner Ross.

"We're sort of facing some really negative stuff, so having a really positive kind of protest, that makes me happy," a protester told us.

Security gets a lot tighter starting Thursday morning at 6 a.m. For those who work in the area, give yourself extra time to get to where you need to be, for both the morning and evening rush.
Related topics:
politicscenter city philadelphiadonald trumprepublicansphiladelphia newsprotestpresident donald trump
Copyright © 2021 WPVI-TV. All Rights Reserved.
More Videos
From CNN Newsource affiliates
TOP STORIES