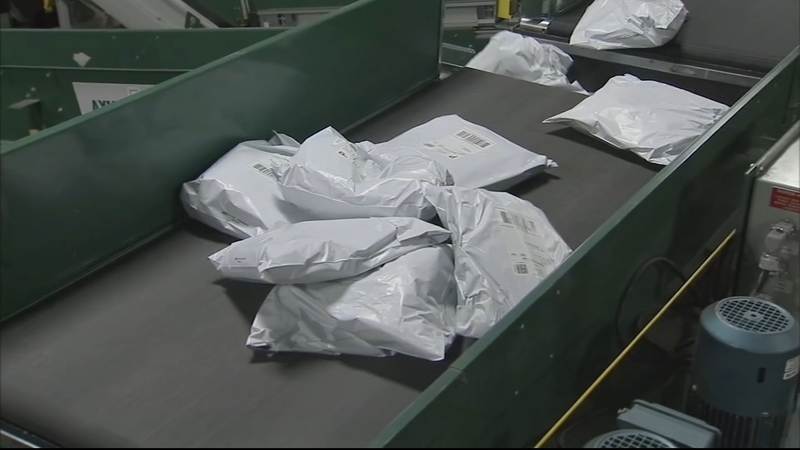 PHILADELPHIA (WPVI) -- The message is the same but the frustration is growing.

The United States Postal Service acknowledges packages are arriving "later than expected," but customers say they aren't arriving at all.

"I've had like four packages that are a month behind," said Shawn Dillon of Bala Cynwyd. "Kind of annoyed to be honest, to say the least."

Adding insult to injury: UPS and FedEx stopped accepting packages from major retailers, creating a bottleneck at the postal service.

"The post office got dumped six million packages a day more than they had capacity to, and that creates a huge choking effect on the network," said Satish Jindel, President of ShipMatrix. "And packages are falling off conveyor belts, getting stuck in places and it takes days to locate those."

According to ShipMatrix, a company that tracks packages, the Philadelphia USPS was doing well the first few weeks of the holiday season. However, in the final week of Christmas into the new year, their performance dropped from 93% to 50-54%.

Jindel said it is likely due to employees contracting the coronavirus.

"Mail moves into the facility and out of the facility daily," said Dhalai. "In these unprecedented times, and a year with significant volume increases, we continue to flex our available resources to meet the demand within a finite number of resources available to us."

Dhalai reported that the Philadelphia Processing Plant resources include fully operational parcel sorting equipment that can process 5,000 to 9,000 packages per hour and the facility makes over 450 inbound and outbound trips daily.

"The postal service has retained those employees which would normally been replaced in January," said Andy Kubat, President of Lehigh Valley Area Local, APWU. "They have retained them and are keeping them through at least March to help clear this."