President Donald Trump rally in Wildwood tonight: Here's what you need to know 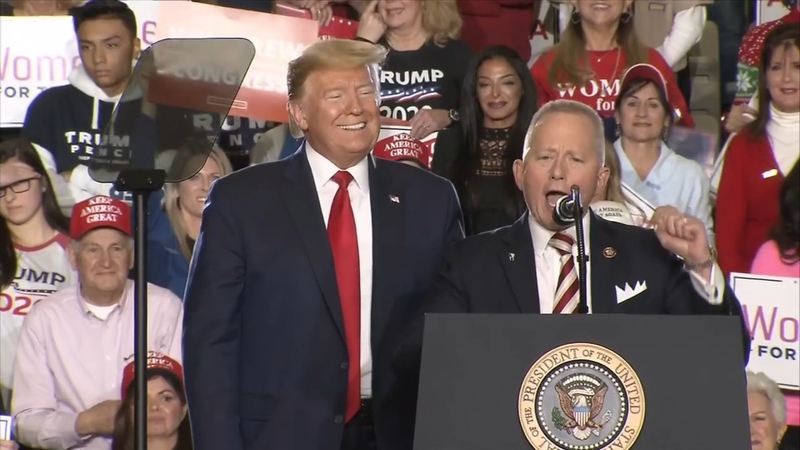 Some supporters will likely be turned away, as the venue - the Wildwoods Convention Center - is set up to hold 7,500 people.

However, large screens will be set up outside for those who are not able to get indoors.

Here's what you need to know about the event:

TIME: Doors will open at 3 p.m. President Trump is expected to speak at 7 p.m.

LOCATION: The rally will be at the Wildwoods Convention Center, which is located on the Wildwoods Boardwalk. It is a 260,000 square foot facility that will be set up to hold 7,500 people.

TICKETS: Registration for tickets is on the Trump campaign website. However, the convention center website notes that having a ticket does not guarantee entrance to the event.

PARKING: North Wildwood police say parking meters are not operational, so visitors can park for free at those locations. Attendees are reminded to utilize marked parking spaces. Vehicles parked on private property or blocking driveways and sidewalks may be towed.

TRAFFIC ADVISORY: North Wildwood police say there are no road closures for the rally at the Convention Center. The bridge into North Wildwood is open but expect delays. Due to construction, attendees are asked to use Exit 6 from the Garden State Parkway and Route 147 to go to event.

STAY OFF THE BEACH: Police also announced that Wildwood beach will be closed to both vehicles and pedestrians during the rally. Anyone walking or driving on the beach during this time will face questioning from federal authorities.

WHY RALLY IN WILDWOOD? The rally will take place in New Jersey's 2nd Congressional District, represented by Republican Rep. Jeff Van Drew. Van Drew switched from the Democratic Party to the GOP in December 2019 and pledged his 'undying support' to President Trump.

The event is a chance to reward Van Drew with a presidential seal of approval, but it will also resonate beyond the Jersey Shore, drawing in suburban Philadelphia voters at a moment when Pennsylvania is a must-win for the president in 2020, Seth Grossman, an attorney who ran against Van Drew in 2018 as a pro-Trump Republican, said to the Associated Press.
Report a correction or typo
Related topics:
politicswildwoodvote 2020campaignpresident donald trumprally
Copyright © 2022 WPVI-TV. All Rights Reserved.
TOP STORIES
AccuWeather: Sunny & Pleasant Sunday
Pottstown community grieves over loss of family in house explosion
Multiple shootings kick-off violent Memorial Day weekend in Philly
Visitors fill the Jersey Shore for Memorial Day weekend
Father faces charges after 4-year-old accidentally shoots himself
President Biden delivers commencement speech at Univ. of Delaware
Crime Fighters: Who killed Anwar Upchurch?
Show More
One man dead after West Philadelphia shooting
'Is it worth my kid?' Parents of TX school shooting victim speak out
Official admits police made 'wrong decision' in TX shooting
Victim of elementary school attack says it could have been prevented
North Philly store owner robbed, assaulted with brick: Police
More TOP STORIES News