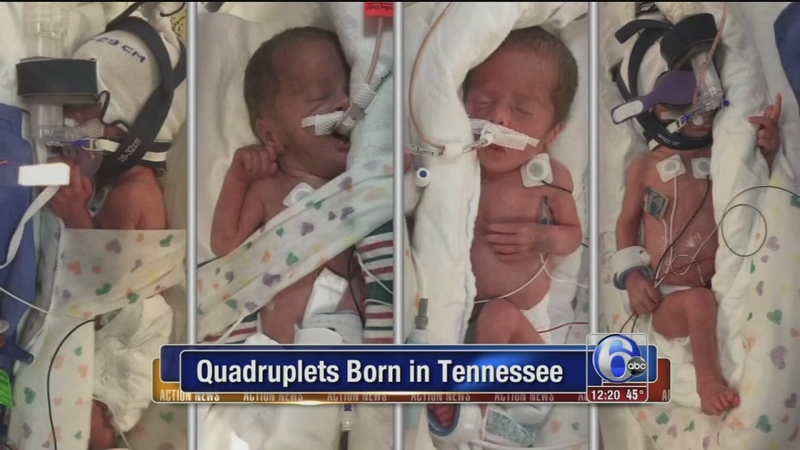 A mother battling cancer has four tiny reasons to celebrate 2017.

She and her husband are the proud parents of quadruplets!

The Tennessee mom says she was completely surprised when she found out she was pregnant, because she had just finished up five months of chemotherapy and was in remission.

Fast forward to a month ago and that's when Gaytan began, once again, noticing symptoms of her cancer.

A biopsy confirmed what she had feared.

"You think you've beat it the first time. When it comes back, you're just wondering why get pregnant with these four babies and then, you know, something like this happens," said Kayla.