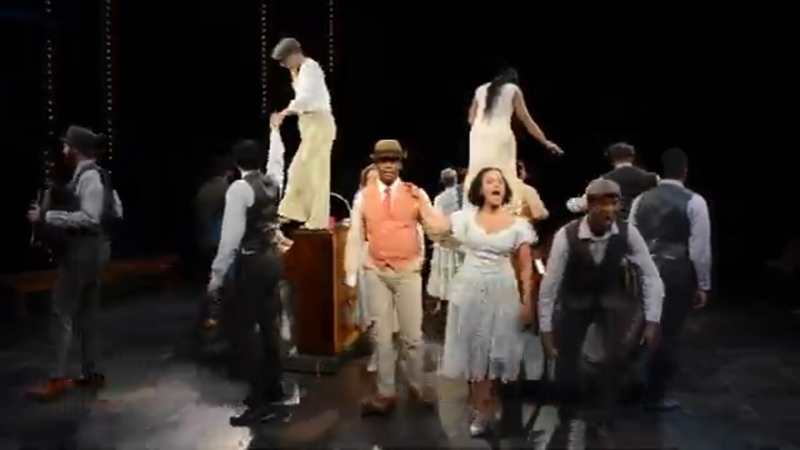 'Ragtime' now playing at the Arden Theater in Center City

OLD CITY (WPVI) -- On stage right now at the Arden Theatre Company in Old City is "Ragtime." It's the compelling story of the American experience at the turn of the 20th century.

Action News had a chance to chat with two of the stars, who tell us this interpretation of the cult musical classic is one like you've never seen.

"Ragtime" became an instant classic when it first opened on Broadway in 1998 and the show just opened Thursday night at the Arden for a one-month run.

It's hard to believe that this is first time the musical has ever taken the stage in Philadelphia.

The show follows three diverse families in pursuit of the American dream during the melting pot at the turn of the century in New York City.

In this new imaginative interpretation of the classic, the cast members all play instruments, becoming a part of the orchestra.

"It's a great piece. It's an important piece. It's a very relevant piece and the theater space itself is just an incredible space. We're doing a 360 theater in the round, all levels of different heights and the audience is right there. It's a very intimate experience," said Cooper Grodin, who plays Tateh.

They say as an audience, you are just immersed in it and almost a part of the show in a way.

"Ragtime" is currently playing at the Arden Theatre Company now through October 20th.