Puppy saved after getting stuck in wheel well 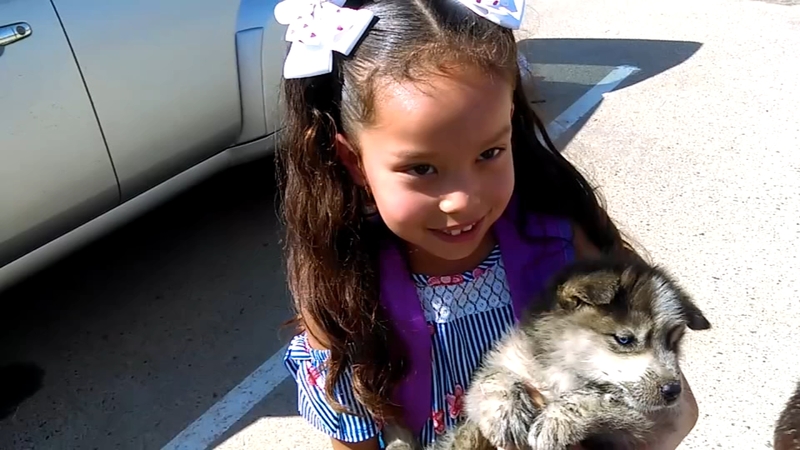 RAISIN CITY, Calif. (WPVI) -- A puppy was saved from inside a wheel well after cries were heard coming from a car in California.

It began as a race against time at Rasin City Elementary School as superintendent Juan Sandoval traded in his administrative duties to rescue a dog from an unusual place in a car.

"He was trapped between the axle and the frame," Sandoval said.
The two-month-old puppy named Robin belongs to Maria Diaz and her daughter Angely. Maria had driven ten minutes to the school, not knowing the furry husky was taking a wild ride next to the driver's side wheel.

Cell phone video shows Sandoval using a floor jack in the parking lot to raise the car as Robin whimpered and whined. And then ten minutes into the rescue, the wheel was taken off, and the puppy was finally pulled out and reunited with his family.

It was a positive end for the grey and blue-eyed pup and his human friend who has a message for those with animals.

"Take care of (your) pets a lot and keep them somewhere close to them," Angely said.

Fortunately, despite his wild ride, Robin was not injured.