Pope meets with victims, then condemns sex abuse in speech

WPVI
Pope Francis began a speech to bishops gathered in suburban Philadelphia on Sunday morning with a strong condemnation of the clergy sex abuse scandal, then revealed his earlier meeting with victims.

A Vatican spokesman said Pope Francis met with five victims of sexual abuse: people who were victims of priests, relatives and teachers.

The Rev. Federico Lombardi said the three women and two men met with the pope for a half hour at the Saint Charles Borromeo seminary Sunday, the pope's last day in the U.S.

Lombardi said the pope prayed with the survivors, listened to their stories and expressed his closeness in their suffering and his "pain and shame" in the case of those abused by priests.

In a statement, Lombardi said Francis renewed his commitment so that the victims are treated with justice and the guilty are punished.

Here are the remarks the pope delivered Sunday morning: 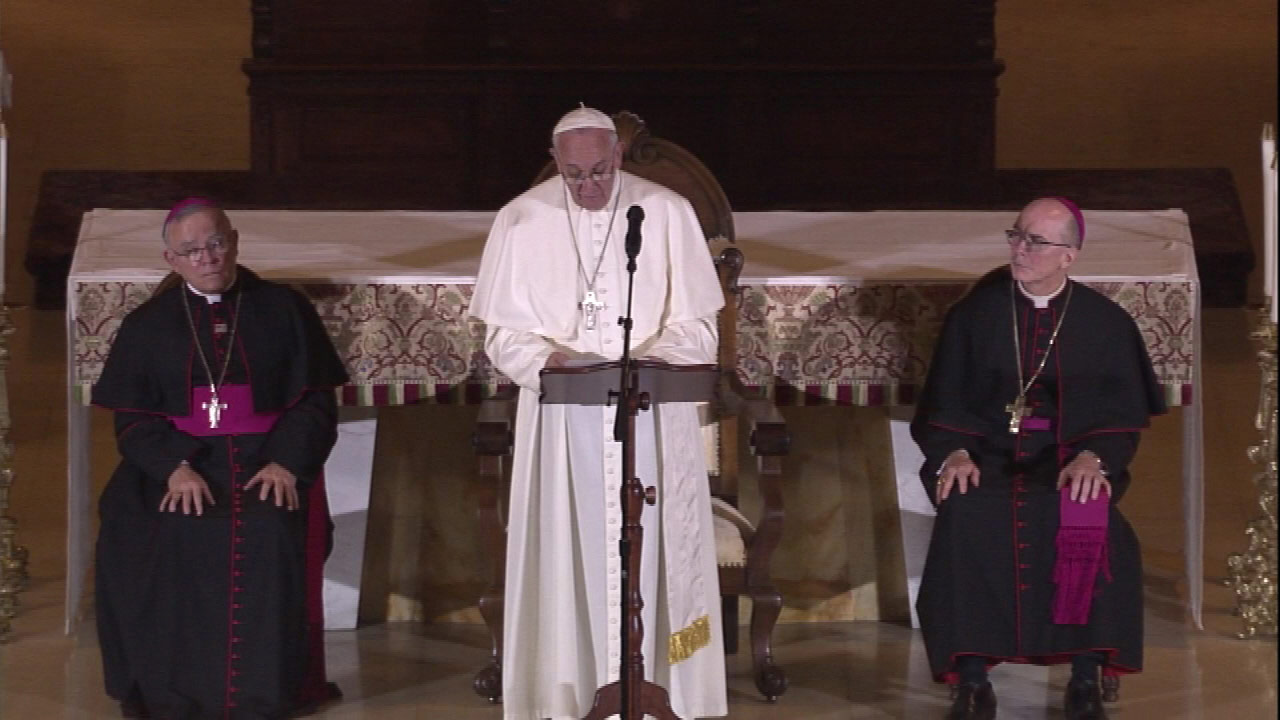 "I have in my heart these stories of suffering of those youth that were sexually abused, and it continues to be on my mind that people who had the responsibility to take care of these tender ones violated that trust and caused them great pain.

God weeps for the sexual abuse of children.

These cannot be maintained in secret, and I commit to a careful oversight to ensure that youth are protected and that all responsible will be held accountable.

Those who have survived this abuse have become true heralds of mercy. Humbly, we owe each of them our gratitude for their great value as they have had to suffer this terrible abuse, sexual abuse of minors.

I would like to express my gratitude to the archbishop, and I felt it was very important that I share this message with you today, and I am happy to be able to share these moments of pastoral reflection with you amid the joyful celebrations of this World Meeting of Families."

The Holy Father went on to emphasize the importance of family, and denounced consumerism. He also touched on social media, which he labeled as a lonely outlet destroying personal relationships in our youngest generation.

Ahead of the pope's visit, a young generation of seminarians prepared for the presentation of two gifts they believe would best reflect the heart of the Jesuit Priest from Argentina.

"We raised $10,000 for the poor of Rome and we gave that to him, and we also did a bunch of spiritual pledges," said Daniel Amadio of the seminary.

While his greatest gift may have been his words and presence, Pope Francis left the seminarians one more keepsake.

"A tradition is to exchange a zuchetto with the Pope, and this zuchetto was placed on the Pope's head, and he told us he was leaving it here as a memento of his visit," said Austin Robuck, president of the House of the College. 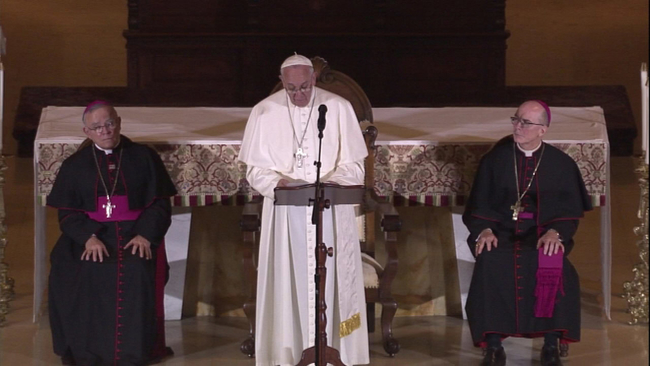 Pope Francis' remarks to Bishops in Philadelphia
POPE US VISIT 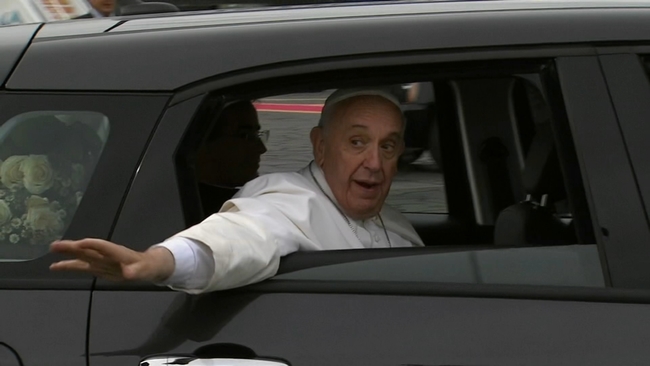 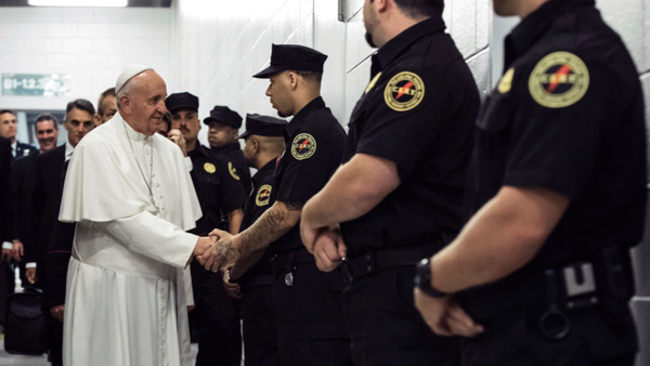 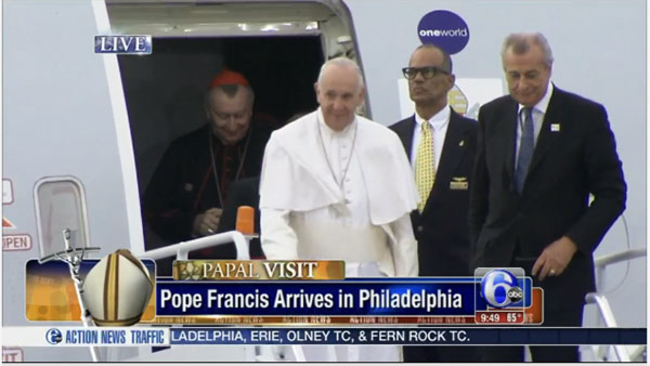 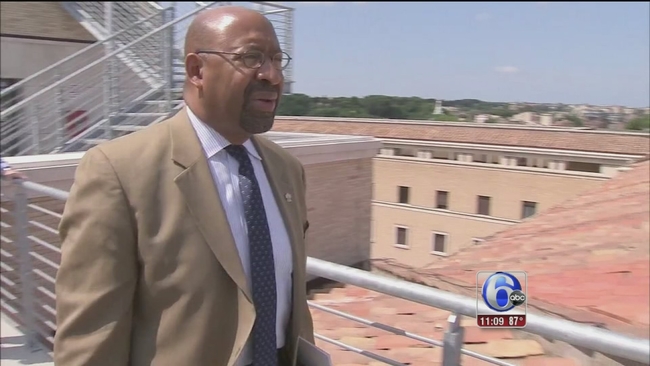