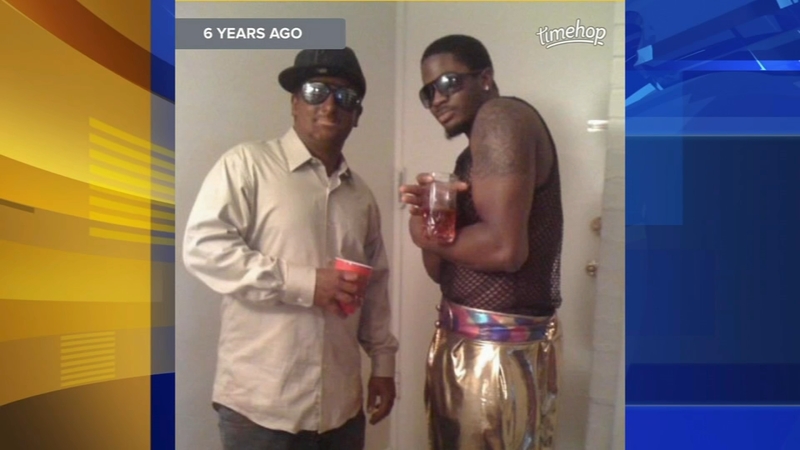 WESTAMPTON, New Jersey (WPVI) -- A republican candidate for a local office is explaining, but not apologizing for photos of him appearing in blackface 10 years ago at a Halloween party.

Karl Eversmeyer says he will not give up his campaign for a spot on Westampton Township Committee.

He's on the defense after photos surfaced of him this week from a Halloween party about 10 years ago. He admits that he dressed as Kanye West in blackface.

"It would be a mistake if I had known. But since I did not know I was making a mistake, I can't apologize. I'm not going to apologize for being a racist. Because I'm not a racist," said Eversmeyer.

Eversmeyer says he apologized to the host of the party, standing with him in one of the photos. But he has not issued a public apology, saying he didn't think he was doing anything wrong at the time.

The head of the local NAACP chapter is calling for him to end his campaign.

"To not even recognize and to not apologize, it just shows a lack of understanding and the seriousness of his actions. It's inexcusable," said Samantha Whitfield, President of the Willingboro and Vicinity chapter of the NAACP.

The Burlington County GOP has pulled its endorsement of Eversmeyer, saying in a statement:

"The Burlington County Republican Committee has a proud history of diversity and of promoting women and minorities as candidates for elected office dating back decades. Anyone who thinks it's a good idea to paint themselves in blackface is not consistent with those values."

The group Westampton Democrats are also concerned about a Facebook post from 2015 - where Eversmeyer complains about liberals. He writes "Police only shoot unarmed black people, they're all racist! Blah blah blah."

"The biggest shock to me is that he still does not believe that he did anything wrong and he's OK with that," said democratic mayor and township committee member John Wisniewski, who is running for re-election against Eversmeyer.

Eversmeyer says he would like to sit down to talk with members of the local NAACP chapter about this controversy. They said they would be willing to do that, but say that even 10 years ago, Eversmeyer should have known that dressing in blackface is offensive.
Report a correction or typo
Related topics:
societywestamptonhalloweenparty
Copyright © 2022 WPVI-TV. All Rights Reserved.
TOP STORIES
3 teens injured in shooting near school in Tioga-Nicetown
Former Pa. AG sent to treatment after probation violation
DC attorney general sues Mark Zuckerberg over data breach
Father puts 1,000 miles on his car to find specialty formula
Exhibit stands against hate during Jewish American Heritage Month
City announces $13 million in funding to dredge Schuylkill River
Philly musician pays tribute to Korean-American heritage
Show More
Arby's is selling a fast-food staple it's never offered before
'I fought': Trevor Reed describes his survival in a Russian prison
2 men stabbed at Philly train stations, including 30th Street Station
Johnny Depp, Amber Heard trial: Kate Moss expected to testify
Teen, officer and driver injured after police chase ends in crashes
More TOP STORIES News