Police said a man and a woman beat the female victim and dragged her out of the car as she tried to get away.
WPVI
By 6abc Digital Staff 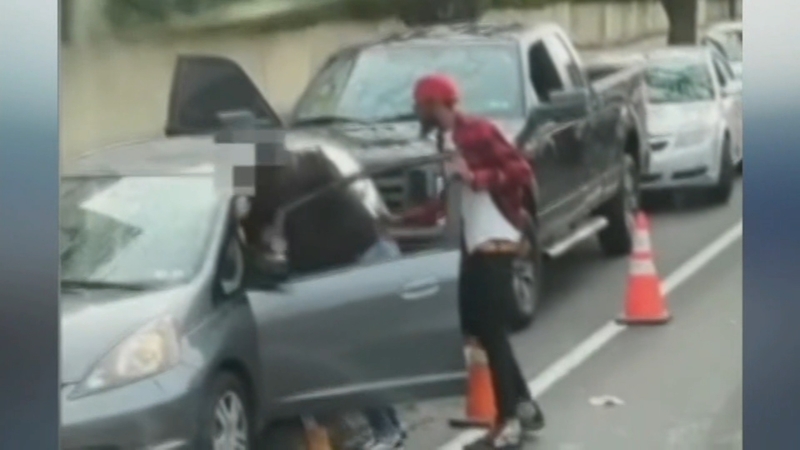 The attack happened at about 10 a.m. Thursday near the intersection of Old York and Rydal roads.

Detectives in Jenkintown said the road rage suspects fled in a black Ford pickup truck. They are now asking the public for help locating it because the license plate was removed.

Police say they are not exactly sure what happened to spark the attack, but they do not believe that the victim and couple seen beating her knew each other beforehand.

They are treating this as a case of road rage.

Police are hoping to have an interview with the victim now that she has been released from the hospital.

Mikey Lane happened to be in the shopping center near the intersection of Old York and Rydal roads when it happened.

"They were making gestures to each other about which way they were going," said Lane.

He described those gestures and comments traded as profane, and added what he saw next.

"The guy jumps out of the car, I think he's going to do something like break-up the fight, and instead he actually starts joining in with the other woman," said Lane.

Police say they are urging more witnesses to come forward because many who witnessed the incident drove off.

One witness who recorded video footage of the assault gave it to police.

This section of the busy roadway sees a lot of traffic in the mornings and afternoon and at the time there were traffic cones in one of the lanes.