Relatives of 20-year-old Rodney Hargrove Jr. want answers about how and why their son was murdered.

The family of Rodney Hargrove has filed a lawsuit after he was fatally shot near the Curran Fromhold Correctional Facility.

PHILADELPHIA (WPVI) -- The family of a man who was fatally shot outside a Philadelphia prison just one hour after he was released has filed a lawsuit.

The relatives of 20-year-old Rodney Hargrove Jr. want answers about how and why their son was murdered.

He was shot near the Curran Fromhold Correctional Facility on March 18.

"He didn't deserve this, not even close," said the victim's father, Rodney Hargrove Sr.

He said the pain and heartbreak of his son's murder won't go away.

"Disbelief. I didn't know what nothing was. I didn't understand. They were telling me my baby was gone," said Hargrove.

Hargrove took a video just moments after his release.

Tragically, he was shot and killed just an hour after being let out of the correctional facility. His family has now filed a wrongful death and civil rights lawsuit.

"I want justice. I want answers as to how this happened, and I don't want anybody to go through what me and my family is going through right now because it should have been and could have been avoided," said Hargrove.

After his early morning release, around 1 a.m., the prison transported Hargrove across the street to a SEPTA bus stop.

While waiting on a ride, Hargrove ran back onto prison grounds because he was being chased by car. It's not clear why, but investigators say there was no guard at the gate and the car followed Hargrove.

He was shot and killed just feet from a raised gate. The shooter was identified as Ameen Hurst.

"When the shooter was arrested, all press reports indicated this was a case of mistaken identity, this was not a targeting. Rodney Hargrove was just in the wrong place at the wrong time and sadly, that is what our case is about. He shouldn't have been at that wrong place," said Gregory Spizer with VSCP Law Firm.

Attorneys for Hargrove say this never should have happened and someone must be held accountable.

"It is our position and the facts dictate, that the prison jail community has known for years that late-night releases are problematic, that there have been other reports of deaths and injuries," said Spizer.

The Hargrove family and their attorneys are hoping the lawsuit will enact change in the prison system and prevent families from experiencing similar tragedies.

"I just want to know why nobody was where they were supposed to be. Why wasn't the guard at the gate? The things that lets the cars drive in and out because my baby ran back there for help and it was a ghost town," Hargrove said. "Nobody was there."

"The sad tragedy of this case is about two to four weeks after Rodney's death, policies are now in place - and had those policies been in place earlier, which they certainly could have been, we wouldn't be here today," said Spizer.

The City of Philadelphia says it is unable to comment on pending litigation. The Philadelphia Department of Prisons didn't respond to our request for comment.

Below is the full statement released by the Philadelphia Department of Prisons after Hargrove was murdered:

"'The Philadelphia Department of Prisons remains shocked and horrified that Rodney Hargrove, a 20-year-old Black male who was released on bail, was murdered on our grounds," said Prisons Commissioner Blanche Carney. "We recognize that this murder erodes public trust in the safety and operations of PDP facilities and causes great concern for the families and friends of those employed at the PDP and those in our custody. In response to this awful crime and to further the safety of everyone involved, PDP is taking numerous steps to augment perimeter security and, in partnership with other stakeholders, explore augmentation of the bail release process.'"

This brazen murder on PDP campus has resulted in additional security measures being taken to protect the staff and the population. These measures include the installation of additional cameras and license plate readers at the parking lot entrances of Curran-Fromhold Correctional Facility (CCF), Detention Center, and the Philadelphia Industrial Correctional Center (PICC). The license plate readers will track all vehicles entering and exiting the front gate of each facility. These additional security measures will enhance the work of the PDP's correctional officers who are the first line of defense. PDP will continue to post correctional officers at each front gate entrance, vehicle detail on the main parking lot, and continuous vehicle perimeter patrols. Footage from cameras and license plate readers will be used for investigations and as evidence to potentially criminally charge individuals for any unlawful act committed on the PDP campus.

Mr. Hargrove's bail was paid at 10:30 p.m. on March 17, 2021 and he was killed after 1 a.m. on March 18, 2021 on PDP grounds. PDP is exploring with its legal counsel and other criminal justice partners the feasibility of reconsidering access to bail processing 24 hours a day. PDP is also exploring funding for ride sharing services for those instances when public transportation ceases operation and individuals express that they do not have access to private transportation for late night bail releases. 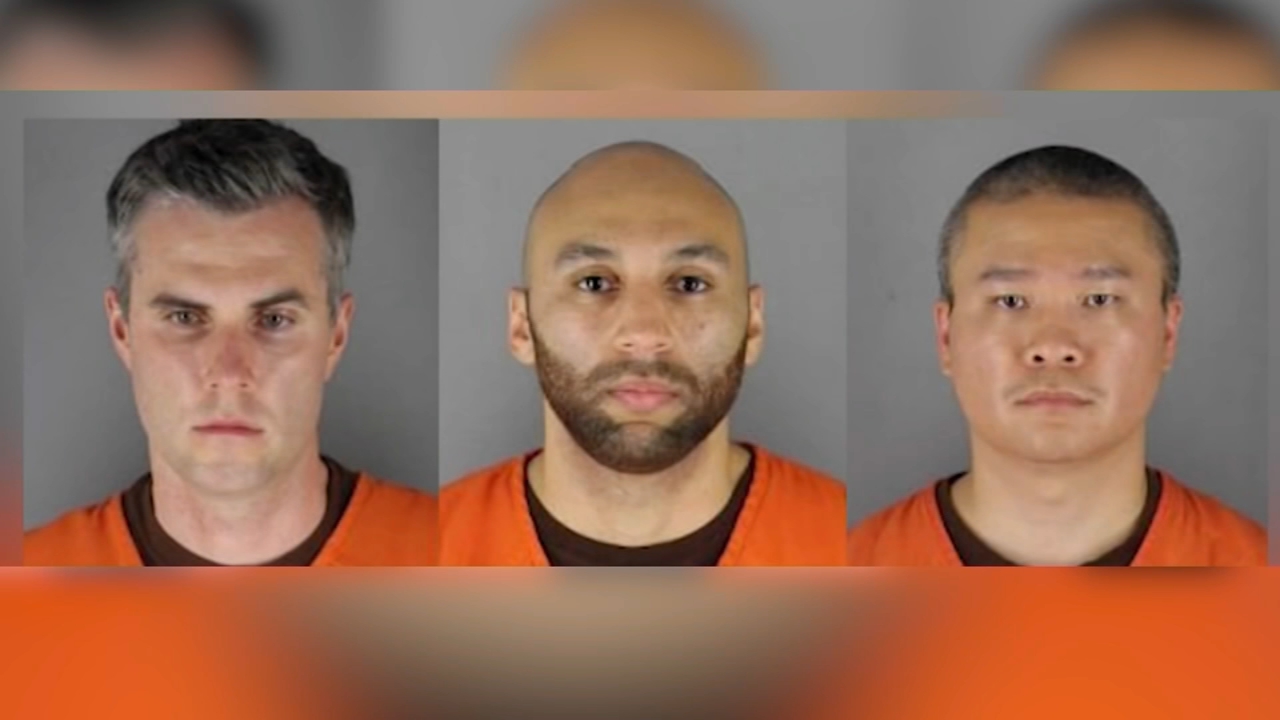 Officer who knelt on George Floyd's back sentenced to 3.5 years