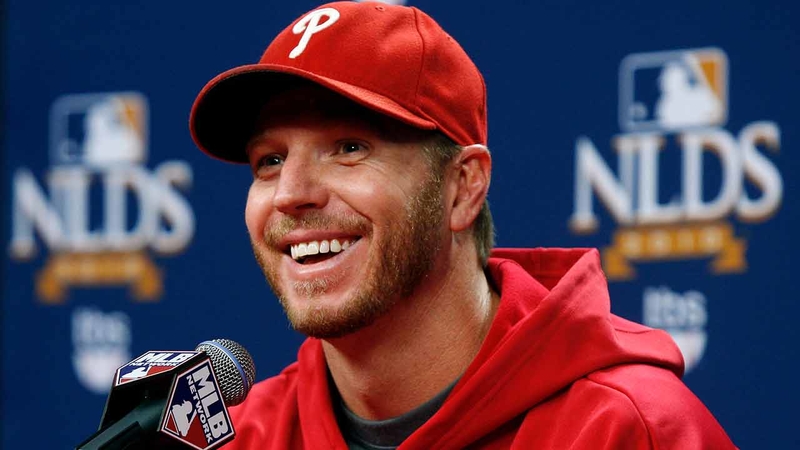 HOLIDAY, Florida (WPVI) -- Roy Halladay had a passion for flying airplanes that nearly matched his love of baseball.

Halladay worked tirelessly to become a dominant pitcher, winning a Cy Young Award in each league and tossing a perfect game and a postseason no-hitter in the same year for the Philadelphia Phillies. When he couldn't pitch at a high level anymore, Halladay walked away from the game and immersed himself in another craft.

RELATED: Roy Halladay remembered for his hard work and generosity


The son of a corporate pilot, Halladay quickly got his license to fly - despite his wife's misgivings. The eight-time All-Star fulfilled his dream when he purchased his own plane last month.

I have dreamed about owning a A5 since I retired! Real life is better then my dreams!! Thx Kirk & everyone @ICONAircraft pic.twitter.com/wkk6TtjAY4

What do clouds feel like? I didn’t know either until I got my new Icon A5! I’m getting bruises on my arms from constantly pinching myself! pic.twitter.com/BaObEUj3Xo

Halladay died Tuesday when that private plane crashed into the Gulf of Mexico. He was 40.

Roy Halladay remembered for his hard work and generosity. Katherine Scott reports during Action News at 4:30 a.m. on November 8, 2017.

"Knowing his father was a pilot, you look up to your dad always," Hamels said. "He had that bug that he wanted to fly. That was his passion. You have to respect that. He prepared for everything. He took this serious."

Pasco County Sheriff Chris Nocco said during a news conference in Holiday, Florida, that Halladay's ICON A5 went down around noon off the coast. The sheriff's office marine unit responded and discovered Halladay's body in shallow water near some mangroves. No survivors were found.

Police said they couldn't confirm if there were additional passengers on the plane or say where it was headed. The National Transportation Safety Board is investigating.

Halladay, who retired after the 2013 season, often posted on social media about small planes .

"I have dreamed about owning a A5 since I retired! Real life is better then my dreams!!" Halladay tweeted on Oct. 13.

ICON aircraft had posted a video with Halladay trying out a new plane. The video showed Halladay taking delivery of a new ICON A5, a two-seat "light-sport aircraft" that can land on water.

RELATED: Roy Halladay's plane was not your typical small plane
In the video, Halladay said the terms of his baseball contract prevented him from having a pilot's license while playing, and that his wife was originally against the idea of him getting the aircraft.

"Hard. I fought hard. I was very against it," Brandy Halladay said in the same video, before explaining why she eventually understood and approved of her husband's desire to have the plane. The couple has two sons, Ryan and Braden.

"Words cannot describe what it feels like to lose a friend like Roy," said former teammate Chase Utley, who was Halladay's favorite player. "He was the ultimate teammate with a passion for being the best. I'm honored to have had the chance to compete with you, Roy. My heart goes out to Brandy and his boys. RIP Doc, but knowing you, rest is not in your vocabulary."

Other baseball players to die in plane crashes include Pittsburgh Pirates star Roberto Clemente in a relief mission from Puerto Rico traveling to earthquake victims in Nicaragua on New Year's Eve in 1972; New York Yankees catcher Thurman Munson piloting his own plane near his home in Canton, Ohio, in 1979; and Yankees pitcher Cory Lidle piloting a private plane in New York City in 2006.

Halladay was nominated several times for the Roberto Clemente Award, given by Major League Baseball to players for sportsmanship and community involvement. The Halladay Family Foundation has aided children's charities, hunger relief and animal rescue.

A 6-foot-6 right-hander, Halladay was a throwback on the mound. Durable and determined to finish what he started, Halladay won the AL Cy Young in 2003 after going 22-7 and the NL prize in 2010 after going 21-10 in his first season with the Phillies.

"You know, if my career's two years, three years shorter than it could have been because I wanted to go out and pitch deep into games, I'm fine with that," he said in a retirement news conference.

In 2011, Halladay was part of the "Four Aces" rotation in Philadelphia with Hamels, Cliff Lee and Roy Oswalt. Halladay and the Phillies lost 1-0 to St. Louis in the deciding Game 5 of the NL Division Series. Halladay's close friend Chris Carpenter outpitched him in that game.

"We grew up together," Carpenter said. "Went through good and bad times together. He was an amazing pitcher, competitor, teammate and friend. I have so many memories with him and his family. I will miss him."

Chris Bourjos, the Toronto-area scout who signed Halladay, first saw him pitch in St. Louis in the summer of 1994, before his senior season as a prep star in the Denver area. Halladay's family had a pitching mound in the basement of its home.

"Many of you know Roy as a Cy Young winner, future Hall of Famer, one of the best pitchers ever to pitch the game of baseball," Nocco said. "We know Roy as a person, as a caring husband who loved his wife, Brandy. He loved his two boys tremendously ... and we are so sad for your loss."

Nocco said Halladay knew many members in the sheriff's office, and that Halladay was part of a charity fishing tournament last Friday.

"His family purchased a dog for us - K-9 Doc," Nocco said. "K-9 Doc is out there working, saving lives, making our community safer."

The dog was named as a nod to Halladay's nickname - Doc.

The A5 was a newer model from ICON, based in Vacaville, California, designed for starter pilots.

According to the NTSB's website, two other ICON A5s crashed earlier this year, the only reported U.S. accidents involving the aircraft since it debuted three years ago. Both were attributed to pilot error.

ICON released a statement saying it was "devastated" to learn of Halladay's death and that it plans to aid the accident investigation however possible.

Halladay pitched a perfect game for the Phillies at the Florida Marlins on May 29, 2010. That Oct. 6, against Cincinnati in the NL Division Series, he became only the second pitcher to throw a postseason no-hitter, joining Don Larsen, who accomplished the feat for the New York Yankees in the 1956 World Series.

Halladay is eligible for the Hall of Fame in 2019.

In a statement, the Blue Jays said the organization "is overcome by grief with the tragic loss of one the franchise's greatest and most respected players, but even better human being. Impossible to express what he has meant to this franchise, the city and its fans."