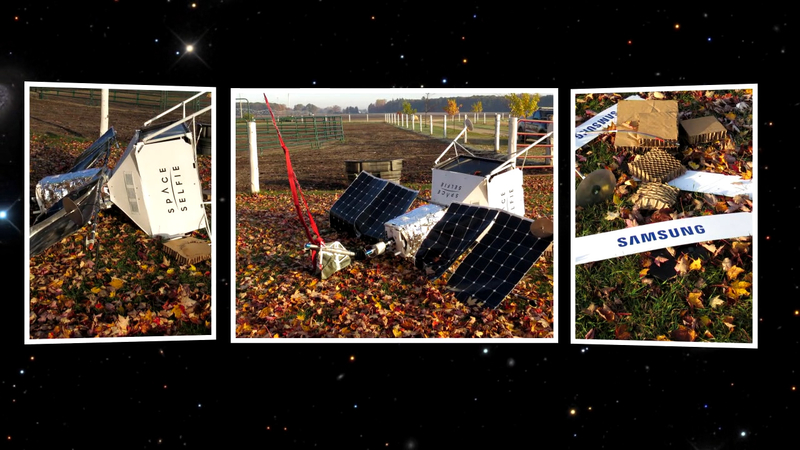 A Michigan couple had a near-miss when a pseudo-satellite plunged back down to Earth and landed on their property.

The couple, Nancy and Dan Welke, heard a crash outside of their home and discovered a piece of Samsung machinery that had come from miles above.

The high-tech contraption had been launched the previous week using a high-altitude balloon system. It propelled the Samsung phone to the stratosphere before it came back to Earth, landing in Michigan.

It's not the first time Michigan residents have worried about space junk. Just last year, a Chinese space station re-entered the atmosphere and at one point was tracking for a potential landing in Michigan. It ultimately hit the Pacific Ocean, which happens frequently with falling space junk.

According to NOAA, a few hundred pieces of space debris re-enter the atmosphere every year, though the vast majority of them burn up or land in the ocean.

This week's incident was different, though, in that Samsung wanted their balloon to come back down to Earth -- it just got away from them.

The company said in a statement that "weather conditions resulted in an early soft landing in a selected rural area," adding: "We regret any inconvenience this may have caused."