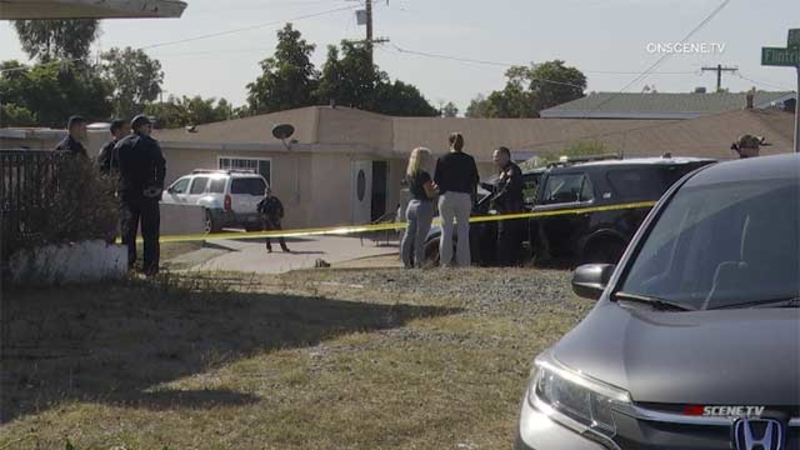 5 killed, including 3 children, in shooting at San Diego home

SAN DIEGO, Calif. -- An apparent murder-suicide at a home in San Diego on Saturday morning left five people dead, including three young children and their mother, according to authorities, who believe the incident was sparked by a bitter divorce.

A fourth victim, an 11-year-old boy, was in very critical condition after being rushed to a local hospital, according to police.

Officers responded shortly before 7 a.m. to the 2100 block of Flintridge Drive in Paradise Hills after a 911 call from the residence and another call from a neighboring relative, said Lt. Matt Dobbs of the San Diego Police Department.

There was no communication with the 911 caller, "however, the dispatcher could hear some arguing in the background" and someone being asked to leave, the lieutenant said. The relative who lives nearby also reported hearing an argument and what he believed to be the sound of a nail gun.

The officers arrived at the scene about a minute later. After receiving no answer at the front door, they went around to the back of the house and looked in a window.

"They could see a child down and covered in blood," Dobbs said. The officers then shattered a front window and entered the home, where they found six people who had been shot.

A 31-year-old man had been shot in the head, investigators said. The other individuals were identified as his estranged wife and their four sons. The adults and a 3-year-old boy were pronounced dead at the scene.

Three other boys were transported to medical centers, where the 5-year-old and the 9-year-old died, police said. The 11-year-old was undergoing emergency surgery.

A handgun was recovered at the scene.

"It appears to be a tragic case of domestic violence," Dobbs said at a news conference, adding the woman had recently obtained a restraining order against her husband and the couple had been living apart for some time.

"He used a handgun to shoot his family before turning the gun on himself," the lieutenant said.