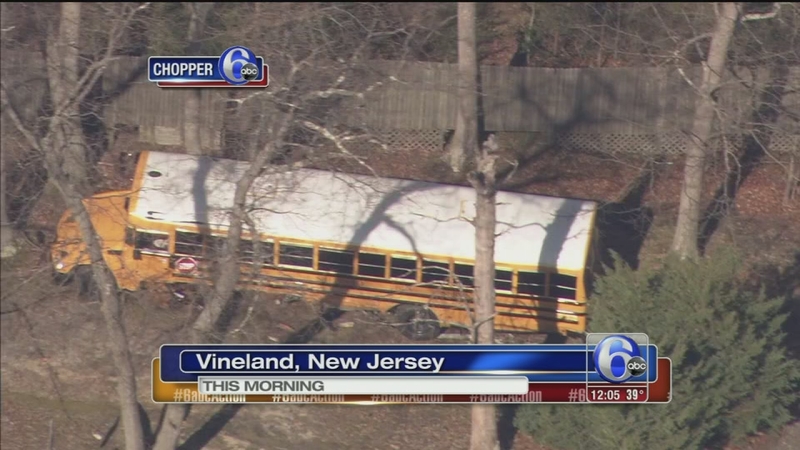 VINELAND, N.J. (WPVI) -- Three people are recovering after a crash involving a school bus and an SUV in Vineland, Cumberland County.

It happened at 8:45 a.m. Tuesday near the intersection of Garden Road and East Avenue.

A school bus was located off the road a short distance away in a wooded area. It did not appear to have sustained significant damage.

Police say two males from the SUV were hurt.

One was airlifted to Cooper University Hospital in Camden with injuries said to be non-life-threatening.

The other was taken to Inspira Medical Center in Vineland to be treated for minor injuries.

Action News has learned the bus was operated by the Sheppard Bus Company and was taking four adult clients to the Elwyn Training Center in Vineland.

One of the passengers on the bus was treated for a minor head injury.

Neither the woman driving the bus nor the other passengers were injured.

Police say a preliminary investigation reveals that the woman driving the bus was unfamiliar with the route and ran the stop sign at the intersection, resulting in the crash.