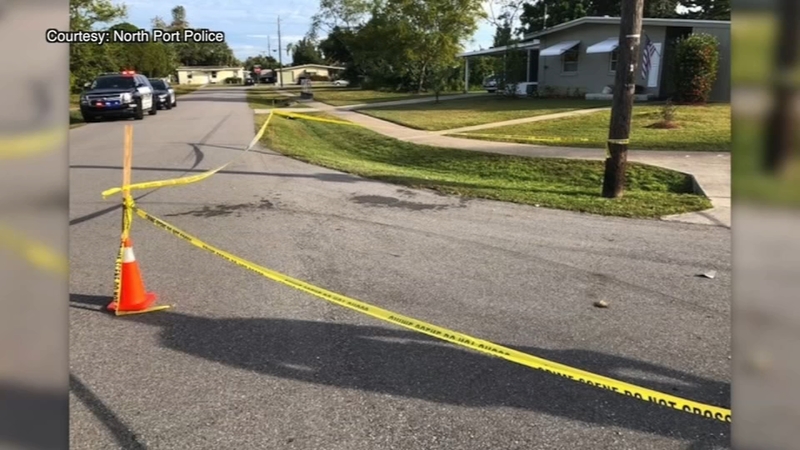 SARASOTA Co., Fla. -- A brawl between two moms at a school bus stop landed both in the hospital. Both moms used a broken coffee mug as a weapon. Tuesday night, one of the moms spoke exclusively with WTFS-TV.

Tiffani Cruz just got out of the hospital. Cruz defends why she smashed a coffee mug over the head of another mom.

"It was self-defense over an incident that made no sense," she said.

While North Port Police say it started over an argument about parenting, Cruz claims they've had issues before. She says two weeks ago she confronted that mom for yelling at another child at the bus stop. But Tuesday morning, their verbal arguments went too far.

"My heart was racing!" said Eithan Cruz, who is of no relation to Tiffani Cruz. The child and his brother, Bairon Velazquez, witnessed the fight from the back window of their school bus.

"Her face was bleeding and stuff," said Eithan.

"I looked away," said Velazquez.

Cruz admits she hit the other mom with her mug. Police have not identified the other woman.

"I put my arm up like this and I went to run and that's when she picked up the glass, ran at me and stabbed me twice in my arm, once at my wrist and in back of my shoulder," said Cruz.

Pieces of the mug were then used as a weapon in a slashing manner, police say. Both parents ended up in the hospital but paramedics airlifted the other woman to the hospital with a serious cut to her throat.

WFTS asked Cruz if she thought she went too far and why she called it self-defense.

"What do you think about parents acting that way?" we asked Velazquez who responded with "Crazy."

"I regret the whole incident, there's no reason it should have happened. We're adults," said Cruz.