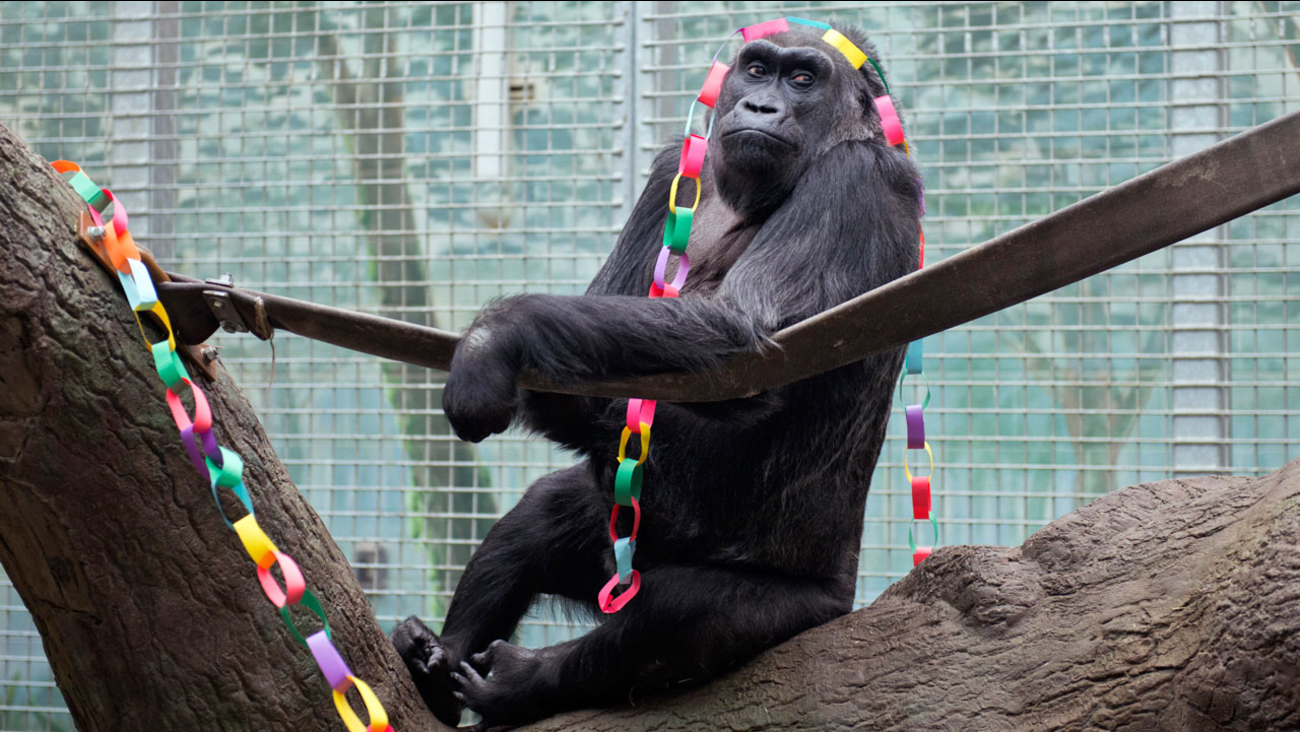 Colo, a lowland gorilla, sits in her enclosure at the zoo in Powell, Ohio. The longest-living gorilla on record has another great-grandbaby. (Grahm S. Jones/Columbus Zoo and Aquarium via AP, File)

COLUMBUS, OH (WPVI) -- The longest-living gorilla on record has another great-grandbaby.

The Columbus Zoo and Aquarium says a baby male western lowland gorilla named JJ was born there Wednesday. Both JJ and his mother, Tabibu, are expected to remain behind the scenes for several months.

The baby gorilla is descended from the zoo's well-known gorilla family.

Fifty-nine-year-old Colo is considered the oldest gorilla on record. She still lives at the Columbus Zoo, where she was born. JJ's father, Macombo II, is Colo's grandson. He and his brother, Mosuba, were the first gorilla twins born in the western hemisphere.

The naming of the newborn was auctioned off as a zoo fundraiser.