LONDON, England -- A customized Range Rover worth more than $100,000 was covered with graffiti by what appears to be a scorned lover. 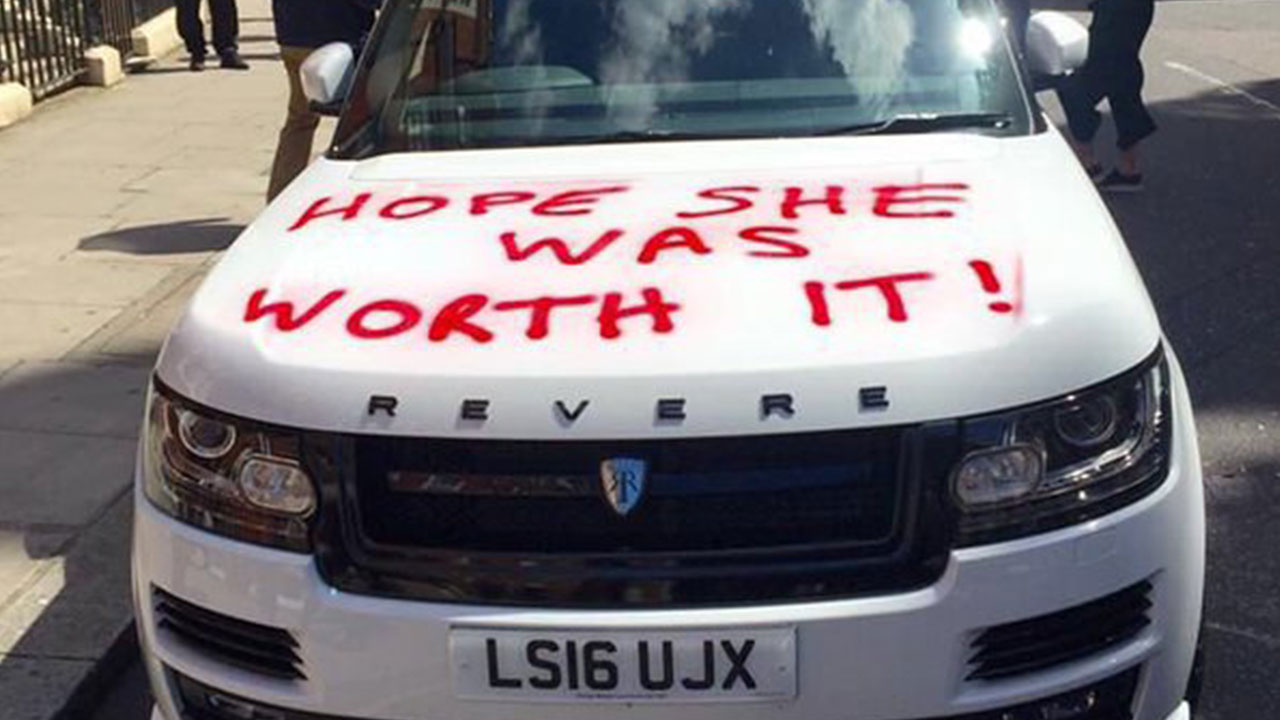 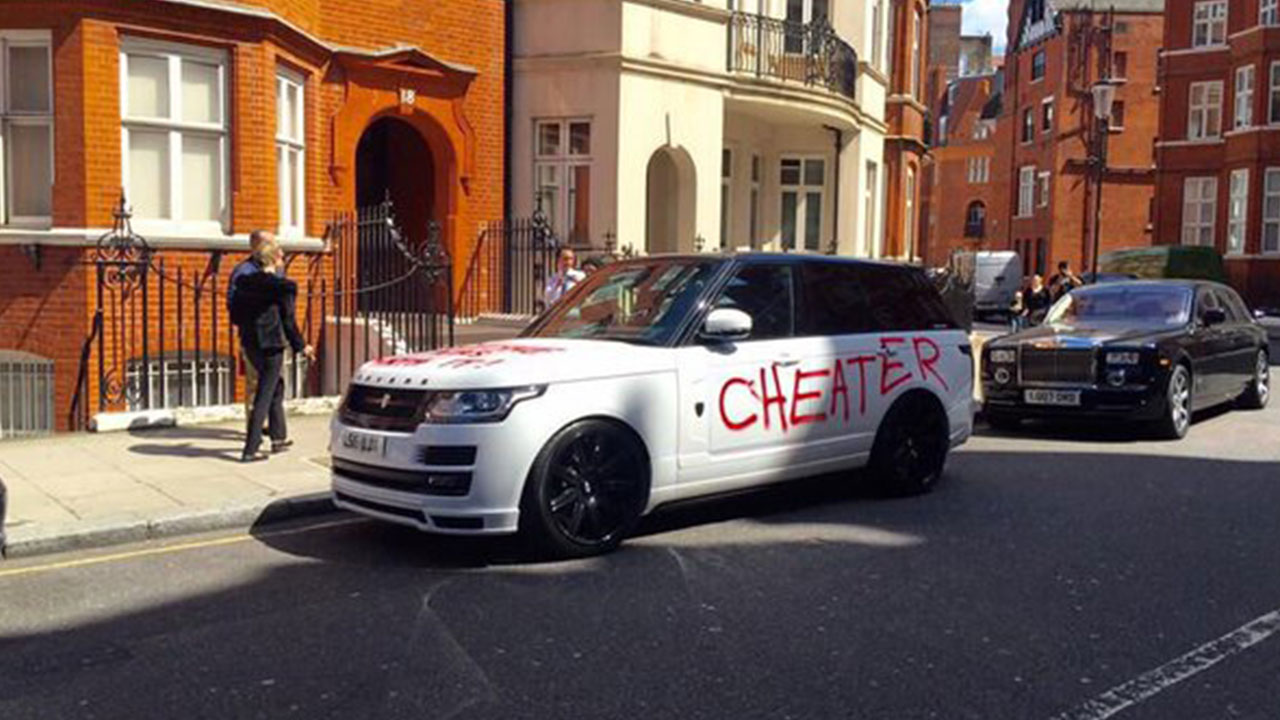 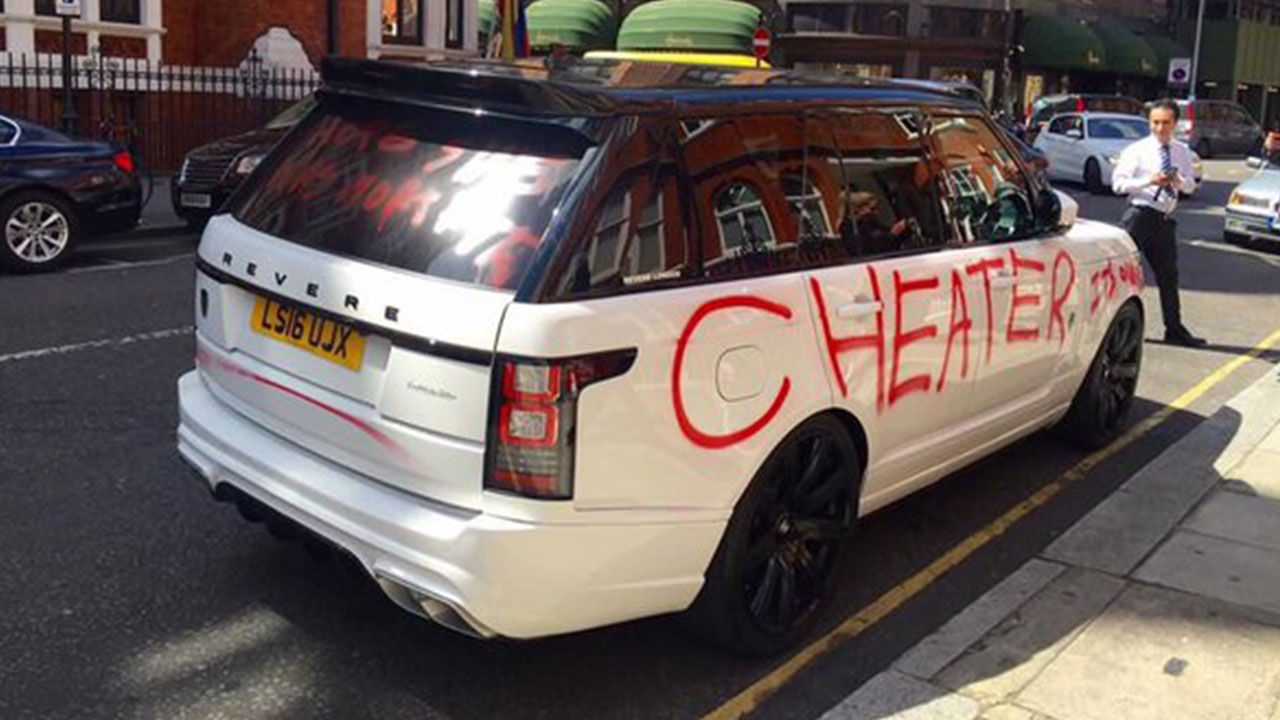 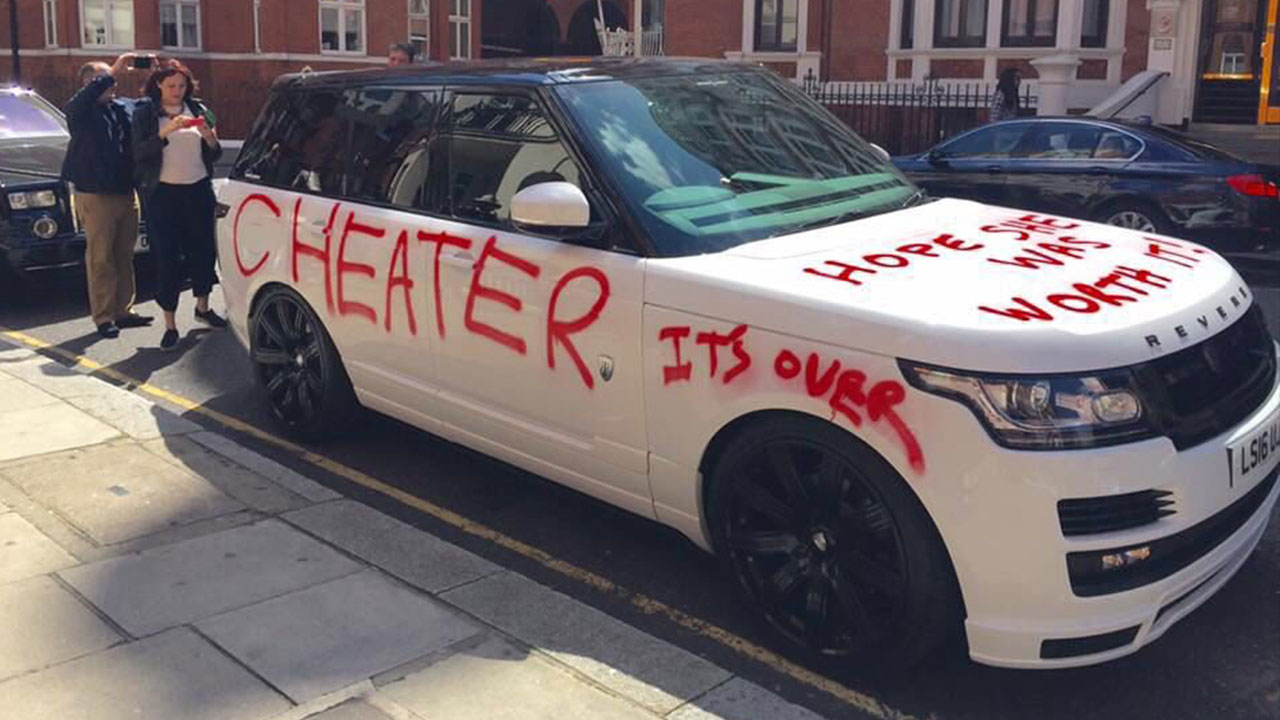 "CHEATER," "HOPE SHE WAS WORTH IT" and "IT'S OVER" were written multiple times on the SUV.

No word on who owns the vehicle or who wrote the angry messages, but it's probably fair to say that their relationship has come to an end.