Video: Woman drives Jeep at, attacks people who threw snowballs at her 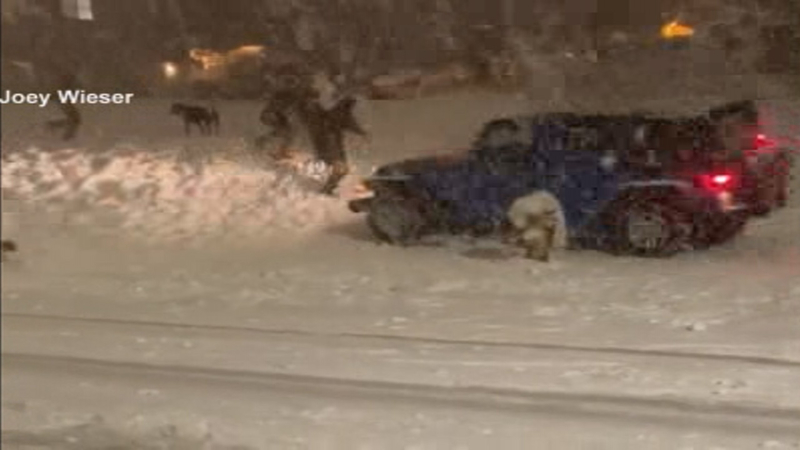 Video: Woman drives Jeep at, attacks people who threw snowballs at her

SEATTLE -- A woman has been arrested after video shows her driving off the road and nearly running down a group of people who she said threw snowballs at her car.

Cellphone video captured by one of the witnesses shows the moment things erupted Sunday night.

According to KOMO, the group was playing in the snow when a snowball fight broke out.

"It was fun, it was playful," Joey Wieser said. "People were having a good time."

But that good time quickly took a turn for the worse.

Wieser said a blue jeep, which had driven past the group before, pulled over and the driver of the jeep started to yell at them, saying they hit her car.

That's when the man started to record the incident.

Video posted to his Facebook page, shows the Jeep turn around and then speed toward a group of people standing on the side of the snowy road.

The people are able to run up a snowbank before the woman in the Jeep can run over them.

"I don't think I've ever seen in my life someone try to run people over with their car in that way," Wieser said.

The Jeep's driver then jumps out of her car and gets hit by a snowball.

"I think it was only fair, she attempted to run me over," Lou Trevino said. "I just thought it was a little absurd that a snowball caused all that, and she was willing to put people's lives in danger. "

Police said the woman was charged for reckless driving and DUI; however, officers did not release her name.