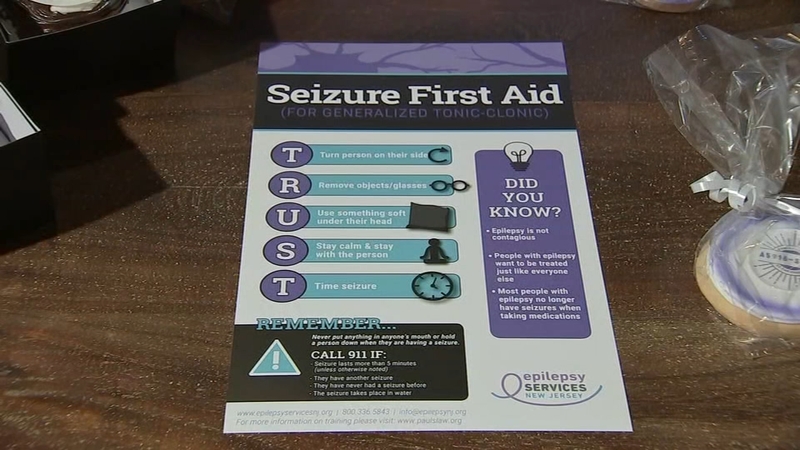 MAPLE SHADE, New Jersey (WPVI) -- A New Jersey teenager made it his mission to make schools safe for children, like him, who have epilepsy.

Now, he's onto his next life-saving mission.

Last year, when Paul St. Pierre from Maple Shade was 13, he helped pass a law, named after him, that would mandate seizure-safety training in schools.

Now, Paul and his mother want to extend that life-saving awareness to businesses and anywhere people gather. Close to 93,000 people in New Jersey are living with epilepsy.

"The best way to make New Jersey the safest state for people with epilepsy would be to create signage legislation so children are not only protected in schools, but adults and young teens who want to have their independence and be able to go out and about in public can have safeguards in place to protect them," said Colleen Quinn, Paul's mother.

The idea is that the seizure safe signage would instruct people how to react and respond to someone having a seizure.

Bobby Ray's Pennsauken Tavern is one of the first businesses on board.

Recently, one of their patrons had a seizure. It's something that comes without warning.

"It's good for the community to understand what to do in the event that these things happen," said owner, Bobby Ray Harris. "I think the awareness posters are great just to have a little bit of background on what to do and how to move forward. This is a win for everybody when these situations happen."

The signs feature the acronym TRUST, laying out the steps to take to save lives.

Paul's latest bill is now making its way through the state legislature. If passed, New Jersey would be the second state to require the signs.