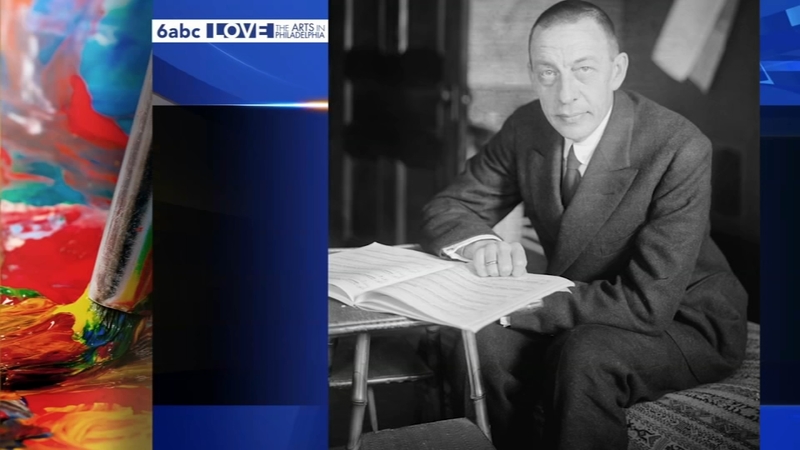 PHILADELPHIA (WPVI) -- The Philadelphia Orchestra is celebrating a Russian legend with a tribute concert series that will give audiences a chance to be a part of history.

"We know his music through all kinds of films and commercials," says Jeremy Rothman, the Philadelphia Orchestra's Vice President of Artistic Planning, who adds that Rachmaninoff's relationship with the Orchestra was particularly special.

"He performed here. He conducted here. He composed pieces specifically for this Orchestra," says Rothman. "He said that this is his favorite orchestra to perform and record with."

"Daniil Trifonov is an incredible virtuosic talent, and he always brings audiences to their feet," vows Rothman.

The concert series is dubbed Rachmaninoff Live! with the performances being recorded for release on CD.

The first two concerts in the series will include Rachmaninoff's Piano Concerto No. 2.

For the latter two concerts, the orchestra will perform the Piano Concerto No. 3, and both concertos will be recorded.

"So don't come once but come twice," says Rothman, who adds that all four concerts conclude with Bartok's Concerto for Orchestra, which shines a spotlight on the musicians.

"You hear almost every single instrument of the orchestra getting a solo, whether it's the violins or the trumpets of the bassoons."