EAST WHITELAND TWP., Pennsylvania (WPVI) -- A 14-year-old girl who authorities say was a victim of human sex trafficking was rescued after she was able to send a message to her mother.

The girl was recovered at a Wawa parking lot in Chester County on May 30, District Attorney Deb Ryan said.

The age of the victim is something that, Ryan says, makes this case personal.

"Anything where children behind closed doors are treated in a way that is unconscionable like this is something we have been working our whole careers to root out," she said.

Her recovery led to the arrests of eight people and the rescue of an 18-year-old victim.

According to the criminal complaint, the 14-year-old went missing from Maryland in early May. She told investigators she was recruited by a 17-year-old girl at a party in Washington, D.C.

The girl who recruited her was known to the victim as "Tiny" and was from Camden, New Jersey.

The victim said "Tiny" messaged her via Snapchat and asked her if she wanted to make money. She then picked up the victim in Maryland and drove her to an apartment in Malvern, Pennsylvania.

There she was forced to perform a sex act on one of the suspects as a way of "breaking" and "testing" her for the work, investigators said.

According to the complaint, "Tiny" and one of the co-defendants took pictures of the victim to advertise her for sex, then took her to Walmart to buy "sexy clothes."

While she was in captivity, investigators said one of the suspects acted as a doorman and collected money as individuals arrived for sex. She was told to give a fake name and fake age if she was asked.

At one point in May, investigators say the victim was able to message a friend to say she was being held against her will and being sold for sex. Her friend contacted the police to report that message.

Then, on May 28, the victim sent her mother a Facebook message saying she "didn't want to be here anymore" and asked that she be picked up at the Wawa on Lancaster Avenue in East Whiteland Township.

Her mother contacted the police, who rescued her at that Wawa.

The victim said she had been held against her will and was forced to have sex with as many as four to five individuals per day at three different locations in East Whiteland Township.

The victim said she was told she and her mother would be killed if she did not comply, investigators said.

Authorities learned of the 18-year-old victim while interviewing the 14-year-old. That victim said she was picked up in Virginia and brought to East Whiteland Township, where she was forced to have sex for money.

She said she was also forced to ingest drugs and was threatened with bodily harm if she attempted to leave.

That victim was held captive for three weeks between February and March before she was able to escape.

The 18-year-old victim said she met a female through Snapchat who introduced her to one of the codefendants on the premise that he had a job for her working in a bar. 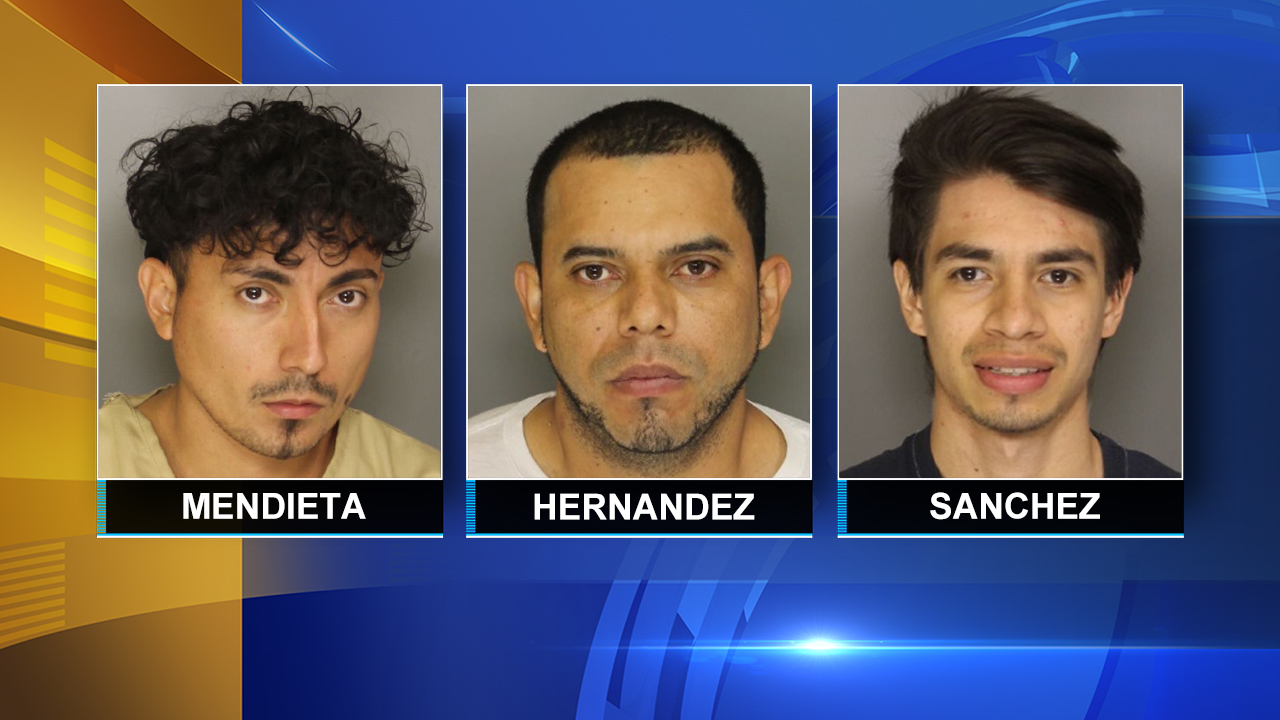 The other five suspects are accused of paying to have sex with the minor child and/or adult victim. They were also arrested in East Whiteland Township.

"We are committed to getting justice for these victims and we will hold all of the suspects accountable for these criminal acts to the fullest extent of the law," Ryan said.

Investigators also say, at first, the 14-year-old victim was concerned about going to the authorities because of her immigration status as a native of South America.

So, the DA's office believes there are more victims and suspects who have not yet been accounted for.