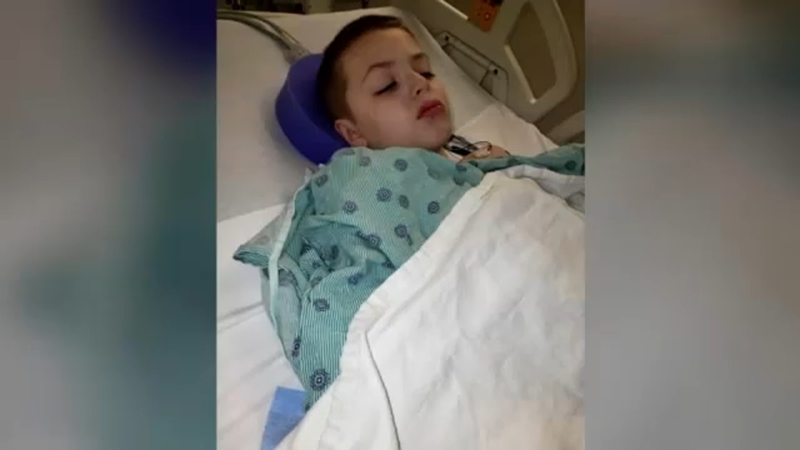 MIAMI BEACH, Fla. -- A 9-year-old Minnesota boy who was on a family vacation in Florida was attacked by a shark off Miami Beach.

Jay Weiskopf was holding his mother's hand while body surfing in the water.

When he fell on his stomach, his mom suspected something was wrong.

"When I pulled him up, I noticed there was just a big chunk of skin missing from his shoulder, and he just said 'ow' and I looked down, and there was about a 4-foot gray shark, just kind of swimming away," said Kristine Weiskopf, the boy's mother.

Listen to a mother's frantic 911 call as her son is attacked by a shark while snorkeling in the Florida Keys.

Emergency responders took the young boy to the hospital, where he underwent surgery to close the large wound on his shoulder.

The family says the beach is still open, and they're concerned the shark could attack again.

A shark crashed a Coast Guard crew's swim call in the Pacific Ocean -- and it was caught on camera.