Shelter Me: Salfid Rescue in Souderton 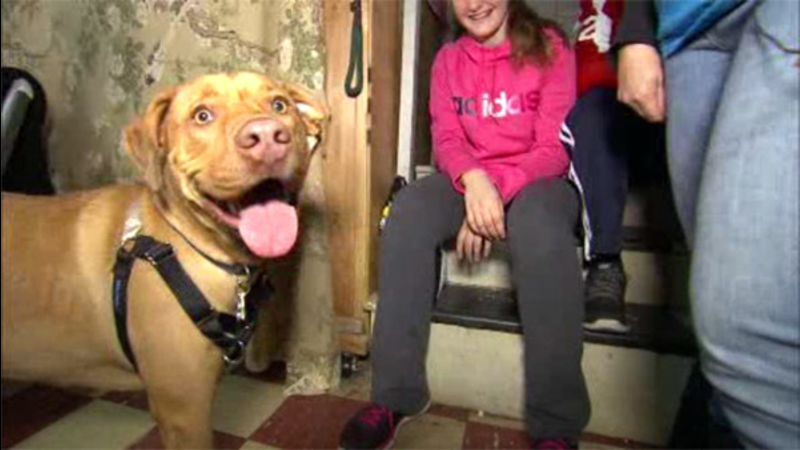 Jenn Rafter met Oakley and two of his litter mates last spring when they were just three weeks old.

Her intention was to foster the pups from Salfid Rescue until they were old enough for adoption, but Oakley stuck.

And, the playful homebody with a weakness for treats has been a gift to the family.

"My daughter had been asking for a long time to get a puppy, and we actually gave him to her as her thirteenth birthday present," said Jenn.

She also said, "Last week she was home sick and he laid in bed with her for the whole week. He's a great family companion."

Oakley is not the first dog in the family to make the news.

When his mama Mia came to Salfid Rescue with nine pups last spring, she also was featured on a Shelter Me segment.

"She has since been adopted as well, which was awesome when that happened," added Jenn.

Salfid Rescue was founded 15-year-ago with a focus on rescuing pregnant moms from high-kill shelters from down south.

There are other dogs at the shelter waiting for their happy ending too.

If you're interested in any of the animals in the video today, you can visit the Salfid Rescue website.