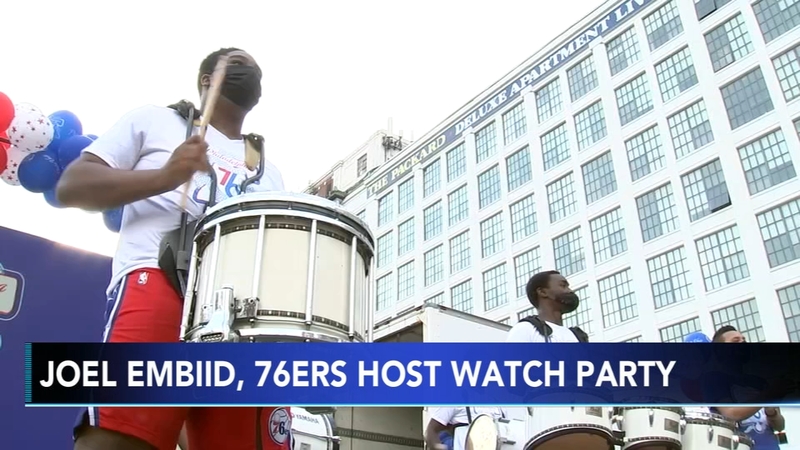 PHILADELPHIA (WPVI) -- Joel Embiid and the Philadelphia 76ers hosted a watch party for the homeless on Monday evening for Game 4 against the Atlanta Hawks.

It turned out to be something special.

The watch party was for the men staying at the Sunday Breakfast Rescue Mission homeless shelter in Spring Garden.

They had a DJ dance party, cheesesteaks, ice cream, and all sorts of games. You could tell there was no doubt the guys had fun.

But they say just being thought of is what made the difference.

"It's almost like a sense of hope. It gives you hope. People care, people are showing love, and that's something that people don't have a lot of here," said Jamal Williams, who is staying there.

Embiid pre-taped a video message from Atlanta before the big game.

"I wish I could be there with all of you in person," said Embiid.

Now officials there say they made the announcement to the guys a few days ago, and the mood inside instantly changed.

"This is something that happens very seldomly. But if it happened more often than people could be uplifted a lot more," said Williams.

One fan there even won tickets to either a game seven against Atlanta or game one of the next series.

It was Willy Mcrean. He says what happened on Monday there was much more than a watch party.