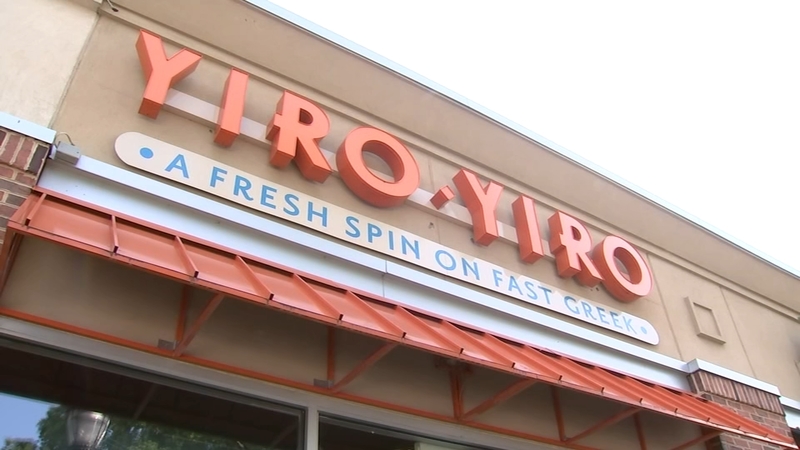 PHILADELPHIA (WPVI) -- As life continues to return to normal, restaurants are dealing with a big problem: staffing shortages.

Some have been forced to close while faced with a lack of applicants.

Some restaurant owners in Philadelphia are struggling to stay open because they don't have enough staff.

The owner of Yiro Yiro in Roxborough, Christopher Avgiris, said before the COVID-19 pandemic he didn't have an issue finding applicants for an open job position.

Now he says it's been so hard to find employees that he's had to temporarily close his doors.

"I felt devastated on Thursday when I came in, and nobody was here, and I had to lock the doors," said Avgiris.

Avgiris says he closed Thursday but plans to open Monday.

Recently, he says he's been working most jobs himself but ultimately had to decide to close temporarily.

For now, his restaurant is quiet.

"All you hear is the vibration of the refrigerator, normally there's Greek music playing, there's somebody chopping something on the grill, the knife that we cut the gyros with, you can hear that buzzing all day," said Avgiris.

In University City, Coney Shack just opened up Friday, but the owner says he also doesn't have enough employees.

"I don't have enough staff right now, unfortunately, but I'm here, I've done the food cart by myself, I handle it very well, and you know I'm not going to leave my staff hanging," said Lawrence Mach, the owner of Coney Shack. "Regardless if I have one staff or ten staff, we're just going to keep it rolling."

However, eateries that have been in the city for a decade, like Trolley Car Cafe in East Falls, have closed permanently, caving from the pandemic's economic pressure.

"It's a community anchor, and it's going to be hard to fill these walls again with such dedication," said Trish Metzner from East Falls.

While major companies are offering huge incentives to work, some restaurant owners say that's not an option on the menu for them.

Avgiris adds he would appreciate online orders to give him enough time to keep up.