Police are checking with nearby townships to see if they have similar reports of smashed windows.
WPVI
By Beccah Hendrickson and 6abc Digital Staff 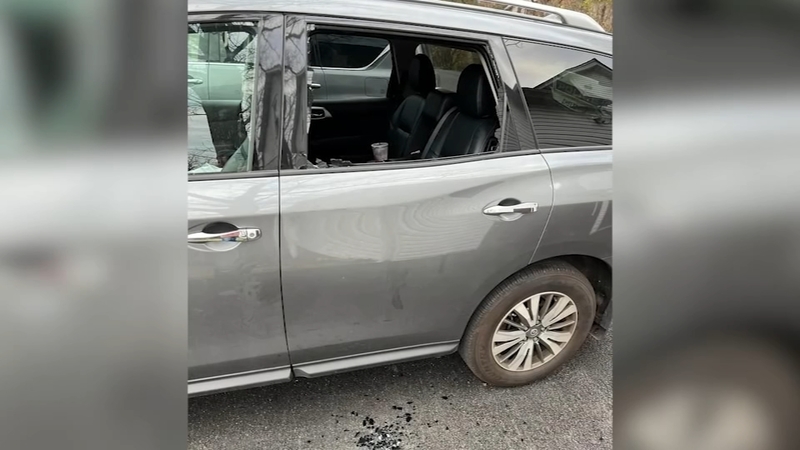 Police investigate string of smash and grabs in Montco

Police say it's had four reports since Thursday of a suspect breaking car windows and rummaging through residents' belongings.

"The weird thing was we didn't hear an alarm. We have two dogs, no barking," said Ross M. Levy, one of the victims.

Levy's home surveillance video from Friday at 3 a.m. shows a person walking past his front door and down his long driveway to where his and his wife's cars are parked.

The video shows the individual smashing the back left window of both vehicles and spending at least six minutes with the cars.

"I went to open the car door and actually got it open before I noticed anything," said Levy, who woke up to a mess around his cars. "At first, I thought it must be a horrible storm. A branch must've fallen through the window. It was crazy. There was glass everywhere until I realized...my wife's car, which is right next to mine, same rear window, also shattered everywhere."

Police say the Levy's aren't the only victims. They believe this suspect smashed another window on Valley Road.

On Thursday, another resident had their car broken into and a bag of tools stolen on Oak Road.

"It seems everywhere was just rummaged through, so quite violating, to be honest," said Levy.

Levy says he's not sure what the person was looking for, but he's on edge knowing how close they were to his home and family.

"You start to think about, 'How can we beef up security in our house. Can we add more lights?' asked Levy. "The reality is that we're doing everything we can. We're being safe, it's a great neighborhood, but it was upsetting for sure."