Snake on the loose found, returned to owner in Paulsboro 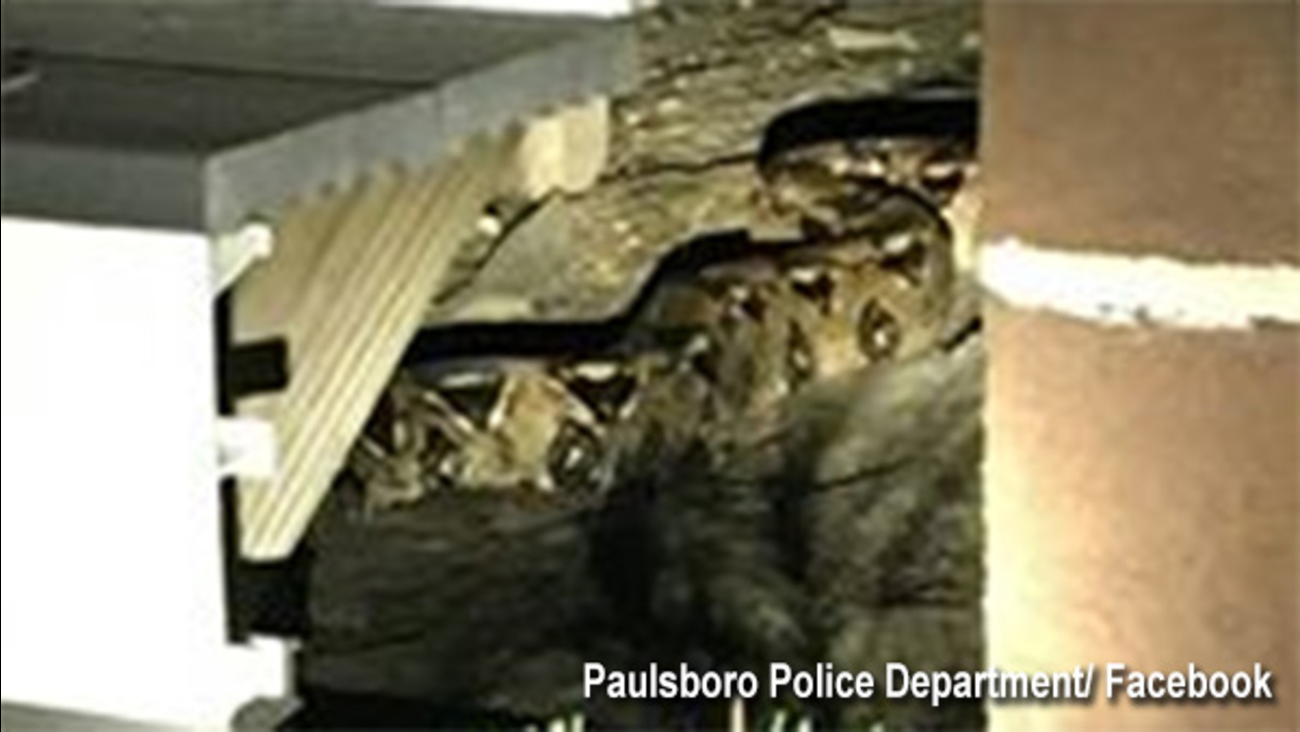 PAULSBORO, N.J. (WPVI) -- Authorities say a snake that was on the loose, believed to be a boa constrictor, has been found and returned to its owner in Paulsboro, Gloucester County.

The Paulsboro Police Department posted Wednesday to Facebook a photo of the snake.

They say on Tuesday night, officers were called to the 200 block of East Jefferson Street for a report of a large snake under the porch of a home.

Police say animal control was contacted and responded, but was unable to respond in time to capture the snake before it went into a hole in the ground.

The snake is believed to be 10 to 12 feet in length and approximately 60 pounds.

Police say while boa constrictors are not poisonous, the snake could cause injury and kill small animals.