COVID-19 testing difficulties in Pennsylvania ahead of Thanksgiving

WPVI
By Jaclyn Lee
With Thanksgiving just two days away, the demand for COVID-19 testing isn't slowing down any time soon.

"Not surprised," commented Michael Bowden of Germantown. "We actually tried to get a test yesterday at another site and the lines were so long it wasn't even a possibility."

Bowden is one of the hundreds of people walking and driving up to a pop-up testing site in North Philadelphia Tuesday morning. He got in line three hours before the site even opened.

"I did try to get tested two days ago at Temple and the line was really really really long," said Andre Sutton of Chicago. "But to me, that just shows that people are at least concerned about their health."

The lines underscore the difficulty some people are facing as they try to get tested for the virus.

"I've called places and they say the earliest appointment is December 2, which obviously I can't afford to stay out of work that long," said Bailey Brown of Port Richmond. "So yeah, it's been really difficult."

Americans need to be prepared for the possibility that they may feel a little unwell after they get a coronavirus vaccine, if one is authorized, members of a CDC advisory committee said.

Dr. Ala Stanford founded the Black Doctors Covid Consortium to offer testing to the hardest-hit areas in southeastern Pennsylvania. She said they tested a record number of 2,000 people last week

Quest Diagnostics released new information, reporting that global supply constraints and the increase in positive cases is pressuring its testing capacity, delaying test results to two to three days. Today, the Pennsylvania Department of Health said rapid antigen tests are not as accurate as getting a typical PCR test.

"It is still a good test for us to do surveillance and identify where the disease is because we can always follow up with mitigation. We can follow up with education and if we have to, we can do a PCR test to verify whether or not it was disease," said Michael Huff, director of testing and contact tracing for the Commonwealth of Pennsylvania.
Report a correction or typo
Related topics:
societypennsylvaniahealthcoronavirus testingsocietycoronaviruscommunitycovid 19
Copyright © 2021 WPVI-TV. All Rights Reserved.
CORONAVIRUS 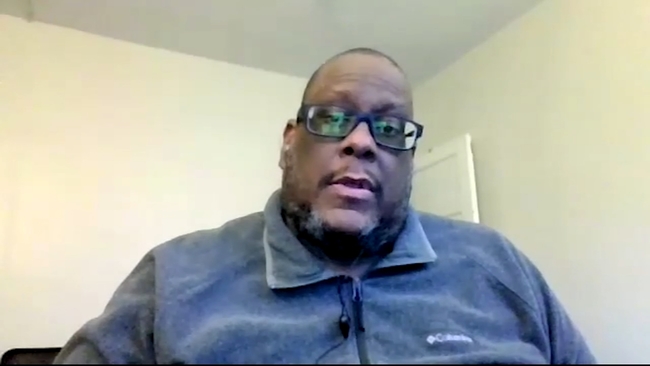