New bike patrol in Kensington hopes to save overdose victims 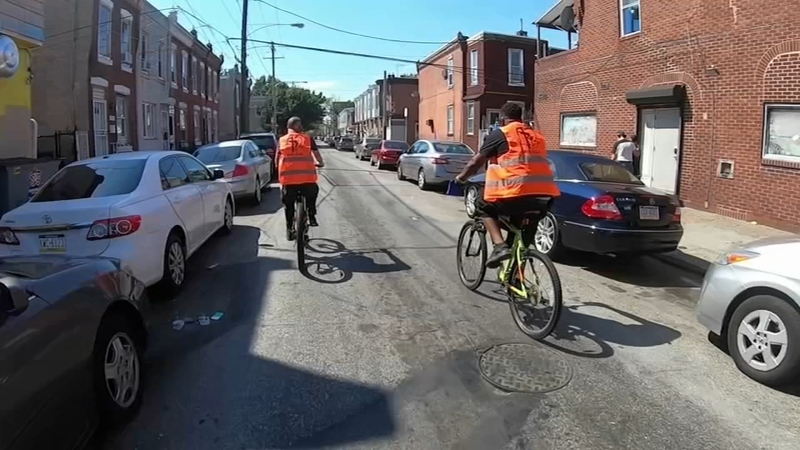 New bike patrol in Kensington hopes to save overdose victims

PHILADELPHIA (WPVI) -- It's lunchtime on a Thursday in Kensington and the streets are lined with people using heroin.

"They sit there and let them die in their arms, rather than let us bring them out of their high," said Richard Milton, a founder member of the community bike patrol called "Operation Save a Life."

"You go in any other neighborhood you never see somebody just standing there stabbing their arm in the broad daylight," said Milton. The group is comprised of volunteers, armed with bikes and rescue kits of narcan.

They ride around the neighborhood looking for someone to revive, which isn't hard to find.

The Philadelphia Department of Public Health says 160 people died from overdosing in this zip code in 2018. That's actually a 23% decrease from the year before.

"You see people dying, lying out here on these streets and people don't care. They act like it's natural, but it's not," said Milton.

After doing a loop with the narcan, the team will come back for trash grabbers. They pick up trash cans full of needles and other medical waste.

"To be honest with you, thousands. I can't even count them, and I'm not doing counting because they're still out there," said Milton.

Despite the needles and throngs of people on the streets, the group said it's been a good day.

"This was an excellent day, as long as there are no overdoses," said Moe, another founding member of the group.

But he said the day was still early, and soon after, an ambulance went screaming by.
Report a correction or typo
Related topics:
societyhealthdrug treatmentsocietydrug addictiondrugs
Copyright © 2021 WPVI-TV. All Rights Reserved.
More Videos
From CNN Newsource affiliates
TOP STORIES