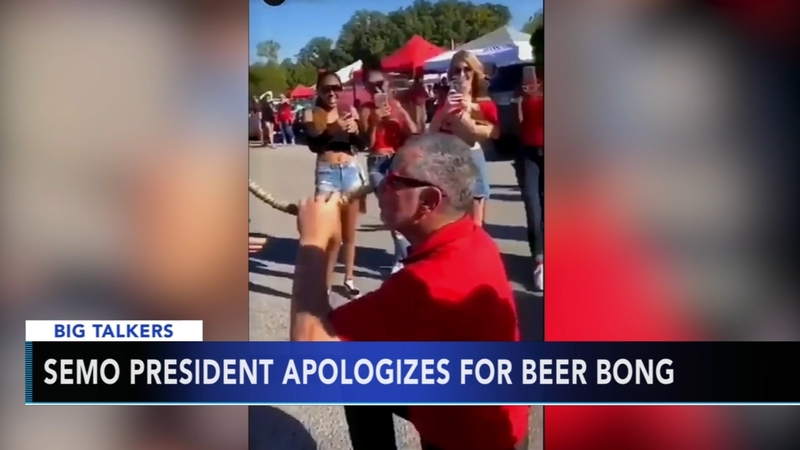 The president of a Missouri university is apologizing for doing something thousands of young people do every Saturday during college football season.

He drank from a beer bong.

The video shows the head of Southeast Missouri State University chugging from a funnel, offered to him by students, before a game earlier this month.

In an emailed apology, Vargas said he's not proud of his actions, admitting beer bongs are normally associated with binge drinking, which he does not condone.

Students, however, didn't seem to mind.

Since the stunt, Vargas has been called everything from iconic to a legend on social media.