Cemetery flooding raises concerns for some families in Philadelphia

WPVI
By Katie Katro
PHILADELPHIA (WPVI) -- The family of a woman buried in a Hunting Park cemetery said they're concerned after video shows headstones covered in floodwater over the weekend.

"There's a whole area where their loved ones are literally six feet underwater," said Gabriel Cartagena about the flooding at Greenmount Cemetery in Philadelphia.

Cartagena said he was visiting his aunt's grave on Saturday afternoon when he saw the flooding.

"We looked to our left and there was just like a huge amount of water. It was covering a whole bunch of graves," said Cartagena.

The cemetery's general manager took Action News through the property Monday to see the drain and what's left of the flooding.

The water never reached Cartagena's aunt's grave, but like many people Action News spoke with, they said they wished they were notified.

"Everyone pays money, why not call and let the family know like, 'Look this is what happened, you know, we're going to work on it, take the water out.' Why not say anything?" asked Emily Lopez, who has family buried at the cemetery.

"Shortly before Christmas, we noticed water puddling in that corner where there is a very large drain. Since then, the amount of rain we've had has quickly grown that pool of water. We have a plumbing company scheduled for Wednesday afternoon to assess the situation and make a plan to clear the drain and solve the problem. This is the first time this has ever happened and, to our knowledge, very few, if any, graves are affected at this time and we are working as fast as we can to resolve this issue," said Joel Winston, president of Greenmount Cemetery.

"It's obviously enough that the owner would have seen it, and been working on it behind the scenes, but definitely like it's a community thing, you know, because these are people's loved ones underwater," said Cartagena.

When we asked Winston why he didn't contact the families, he said he made a decision because only a few graves were affected and he didn't want to upset the families. Instead, he wanted to take care of it on his end. Many families say it's a matter of respect and transparency to let families know of the problem and how it's being addressed.
Report a correction or typo
Related topics:
societyphiladelphiafloodingsocietycaught on videocemeterycommunity
Copyright © 2021 WPVI-TV. All Rights Reserved.
More Videos
From CNN Newsource affiliates
TOP STORIES 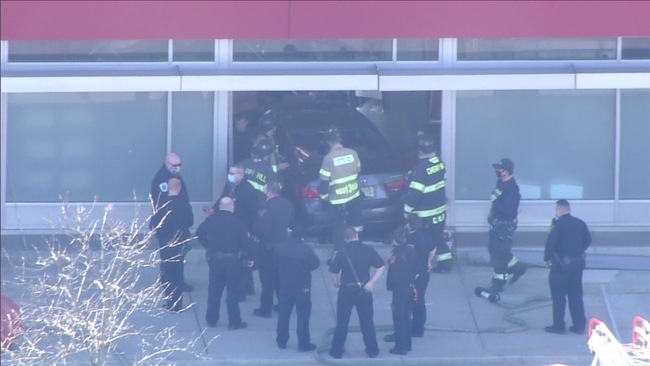