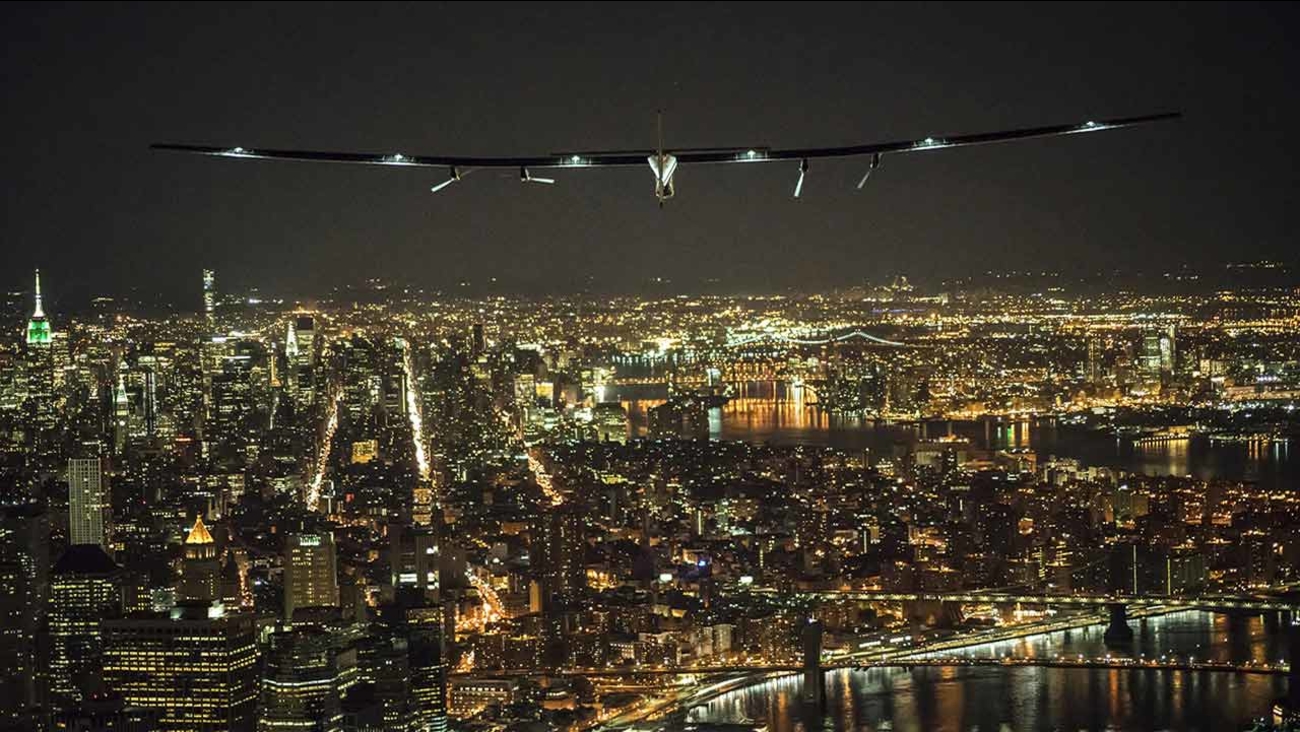 NEW YORK -- The solar-powered airplane on a globe-circling voyage that began more than a year ago in the United Arab Emirates reached a milestone Saturday, completing a trip across the United States with a Statue of Liberty fly-by before landing in New York.

Pilots Andre Borschberg, who flew the plane to New York, and Bertrand Piccard, who will start the next leg of the journey, expect to leave "soon" to cross the Atlantic Ocean for Europe or South Africa on their way to completing an aviation engineering feat to advance environmentally compatible technology.

Across the U.S., they stopped in Phoenix; Tulsa, Oklahoma; Dayton, Ohio, home of aviation pioneers Orville and Wilbur Wright; and Allentown, Pennsylvania.

The Solar Impulse 2's wings, which stretch wider than those of a Boeing 747, are equipped with 17,000 solar cells that power propellers and charge batteries. The plane runs on stored energy at night. Ideal flight speed is about 28 mph, although that can double during the day when the sun's rays are strongest.

The plane originally was scheduled to head to the Big Apple Monday night but showers and thunderstorms moving through the area caused it to be grounded.