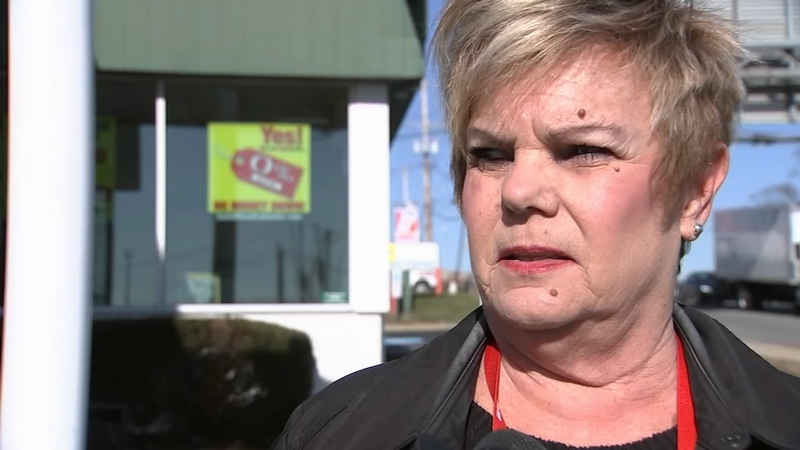 PLYMOUTH MEETING, Pennsylvania (WPVI) -- Since the story of a cabinet company abruptly closing its doors first aired on Action News Tuesday, more than a dozen other angry customers and heartbroken employees have come forward.

Juillet thought her future was with Solid Wood Cabinets, but the company - which has 10 locations throughout Pennsylvania and New Jersey - abruptly closed its doors last week leaving customers who've paid thousands of dollars in the lurch.

She said the company's new owners expressed an optimistic future in a corporate-wide meeting in November. So, she was shocked Friday when she and other employees were told Solid Wood Cabinets was shutting its doors that day.

Steve Newton, the company's CEO, sent an email that reads in part:

"We have no funds available to pay any future payroll, or refund customers or to pay landlords or suppliers."

The company blamed the abrupt closure on Chinese tariffs and an anti-dumping petition but those issues didn't suddenly emerge. The petition was filed several months ago.

"It just doesn't seem right. Something like this doesn't happen overnight," said Juillet.

After the Action News Troubleshooters told viewers about the company's abrupt closure, another worker tweeted saying thousands of employees were left with missing checks and W2s.

"I sold a lot of kitchens in the last three, four months that I will never get paid for," said Juillet.

But Juillet said she feels the worst for her customers.

"The morning of the closing of the store, that morning, I sold a kitchen. I'm just very upset my heart goes out to all those customers," she said.

Juillet and another source also said company officials told employees they had taken out a $2 million loan.