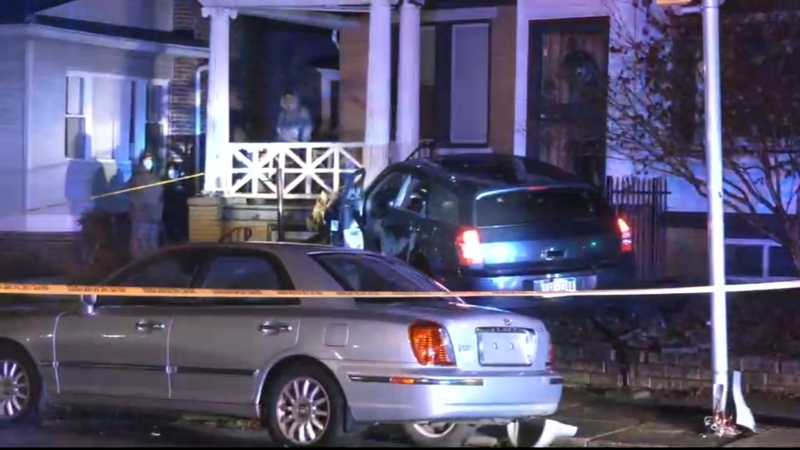 PHILADELPHIA (WPVI) -- Police are investigating a shooting that followed two crashes and a foot chase in Southwest Philadelphia.

The incident began around 2 a.m. Saturday along 58th Street near Baltimore Avenue.

According to police, a male suspect crashed his car into another vehicle being driven by a 29-year-old man.

The suspect drove away from the scene and the 29-year-old pursued in his vehicle.

The male suspect, police said, then crashed into a parked car at 62nd Street and Washington Avenue.

The suspect got out of his car and started to run away. The 29-year-old, still in his vehicle, continued to follow the suspect, but eventually lost him when he fled the scene.

The 29-year-old victim returned to the original crash scene for police to arrive.

While waiting, police said the victim spotted the suspect and began chasing him on foot.

Police said the suspect pulled out a gun and opened fire, hitting the victim in the chest.

After a brief struggle, the 29-year-old victim got back into his vehicle and began driving toward the 18th Police District headquarters at 55th and Pine streets.

Police said the victim, however, did not make it to the station and passed out in his car.

He ended up driving onto the front lawn of a home on Christian Street.