76ers' Boban Marjanovic to have MRI after injuring right knee 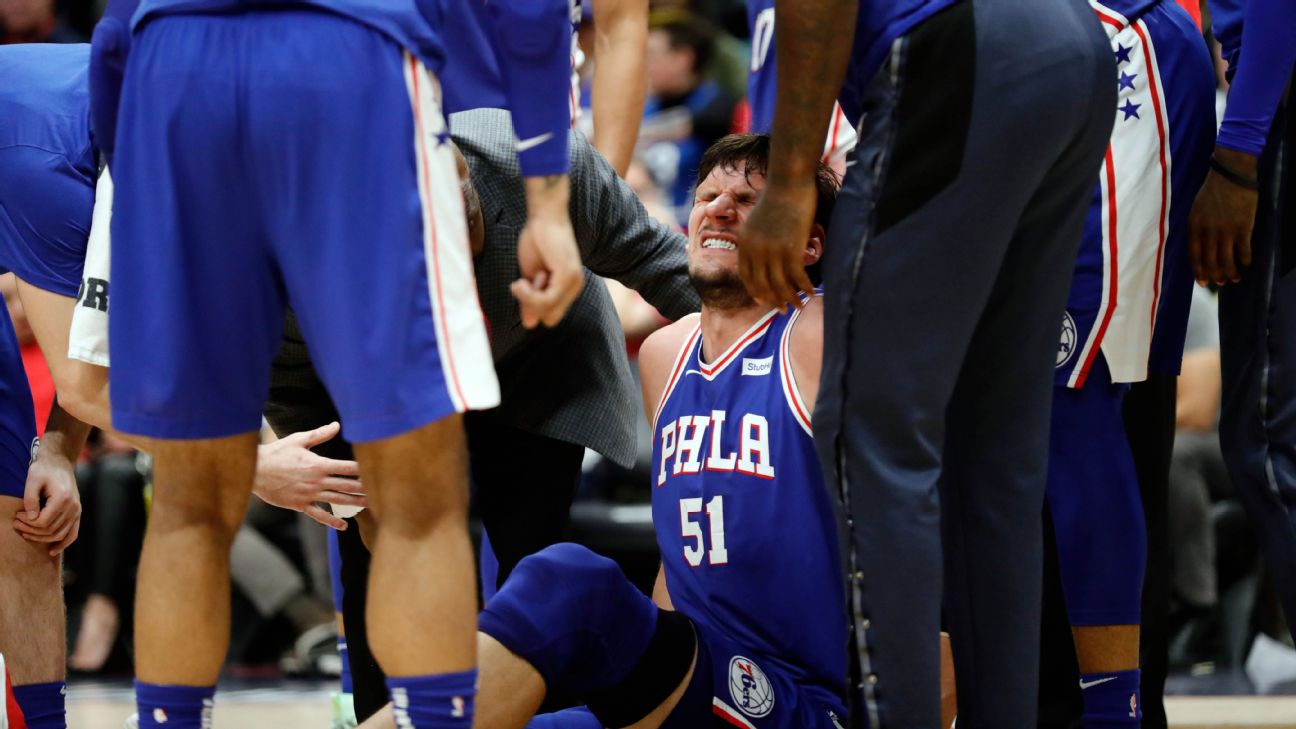 Philadelphia 76erscenter Boban Marjanovic had to be helped off the court after he went down clutching his right knee late in Monday night's 111-110 win over the New Orleans Pelicans.

Marjanovic had 12 points, 10 rebounds and two blocks in less than 22 minutes to help fill the void in the middle created by the absence of 7-foot All-Star Joel Embiid, who has missed all three of Philadelphia's games since the All-Star break.

But Marjanovic's right leg got tangled up between Pelicans forward Cheick Diallo's legs, and both players crashed to the court after pursuing a rebound with just over a minute left. Marjanovic needed assistance getting off the court and later used crutches to get the team bus.

Shortly after Sixers coach Brett Brown sought out Marjanovic in the trainer's room, a team spokesman said the injury would be further evaluated on Tuesday, when an MRI was scheduled.

"It was tough to see him go down and be in pain. So I'm praying that everything will be all right for him and we can get him back ASAP,'' Tobias Harris said. "He did an amazing job out there when he was playing.''

Philadelphia nearly squandered a 10-point lead after Jimmy Butler's 12-foot jumper made it 110-100 with 2:48 left. The Sixers missed five shots and three of four free throws, including two misses by Jonathon Simmonswith 9 seconds left, allowing the Pelicans a chance to win it with any type of field goal on their last possession.

"My head at the moment is completely with Boban, to be frank,'' Brown said when asked about his team's nearly squandering the lead. "So whatever level of disappointment I may have, I don't feel it so much now. We won the game, and I'm really thinking about him.''

Ben Simmons echoed that sentiment when asked to sum up the night.

Marjanovic was acquired Feb. 6 in a trade with the LA Clippersthat also sent Harristo Philadelphia. The 7-foot-3 reserve is averaging 7.0 points and 4.4 rebounds this season. 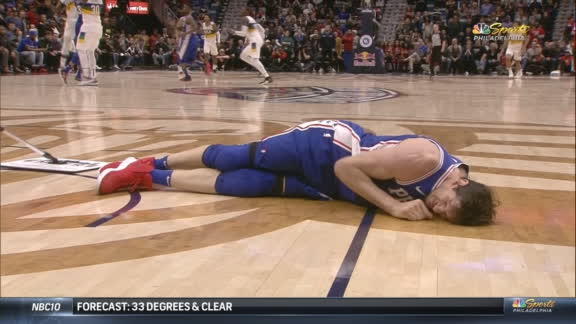