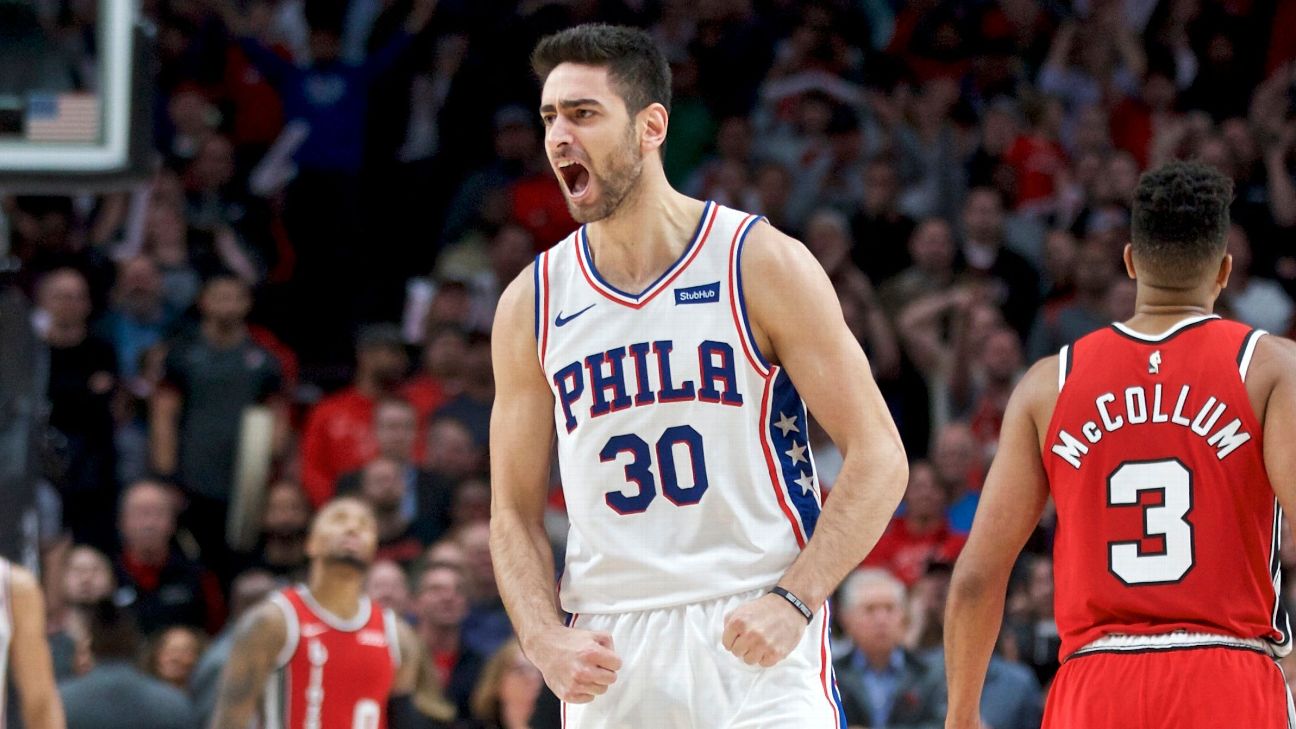 The Philadelphia 76ers found themselves down two points on the road against the Portland Trail Blazers with 2.2 seconds to play. Prior to the timeout, the 76ers lost their only lead of the game asDamian Lillard,Portland's All-Star point guard, took advantage of the fear that "Lillard Time" taught us by driving from the 3-point line to the rim and finding second-year reserve guard Anfernee Simons alone in the left corner.

Simons' 3 off a "Dame Time dime" gave the Trail Blazers a 128-126 lead one possession after two clutch Ben Simmons free throws officially erased a Portland lead that was as large as 21 points with 5:04 left in the third quarter. Out of the timeout, Simmons found backup shooting guard Furkan Korkmaz in the short corner, and Korkmaz rewarded the 76ers with a rainbow 3 that gave the 76ers the last lead of the game with 0.4 seconds left.

The interesting element of Korkmaz's winner was how similar it was to a play Brett Brown ran in the 2018 postseason. Simmons was the inbounder on that play against the Boston Celtics as well, and he found Marco Belinelli for a field goal that would have won the game for Philadelphia if he had been behind the 3-point line. Instead, Belinelli's shot was worth only two points, which was mildly embarrassing,considering the confetti that fell inside Wells Fargo Arena. The Celtics ultimately won that game in overtime and won the Eastern conference semifinals series in five games.

This time, Korkmaz executed the play to perfection, getting his feet behind the line. It was his first career go-ahead FG in the fourth quarter of a game, and it allowed the 76ers to beat Portland 129-128 and remain the only undefeated team in the NBA at 5-0. This was despite Lillard's absolutely cooking the 76ers for a game-high 33 points, including 8-of-11 on 3s, while Philadelphia All-Star center Joel Embiid served the first game of his two-game suspension for his altercationWednesday with Minnesota center Karl-Anthony Towns.

Embiid will serve the final game of his suspension on Monday, while the 76ers take their undefeated record on the road against the Phoenix Suns. Korkmaz's 3 also completed the largest deficit overcome by Philadelphia since the team came back from a 24-point deficit against the Heat on Feb. 14, 2018. Philadelphia went on a 57-35 run in the last 17:04 of the game, a stretch that saw the 76ers make 23 of their last 35 shots and outrebound Portland 16-5 in that span. Korkmaz only played the last two seconds of that comeback run, and wound up winning the game. For that, the wing formerly known as "Dunk Vader" got to ring the postgame victory bell. 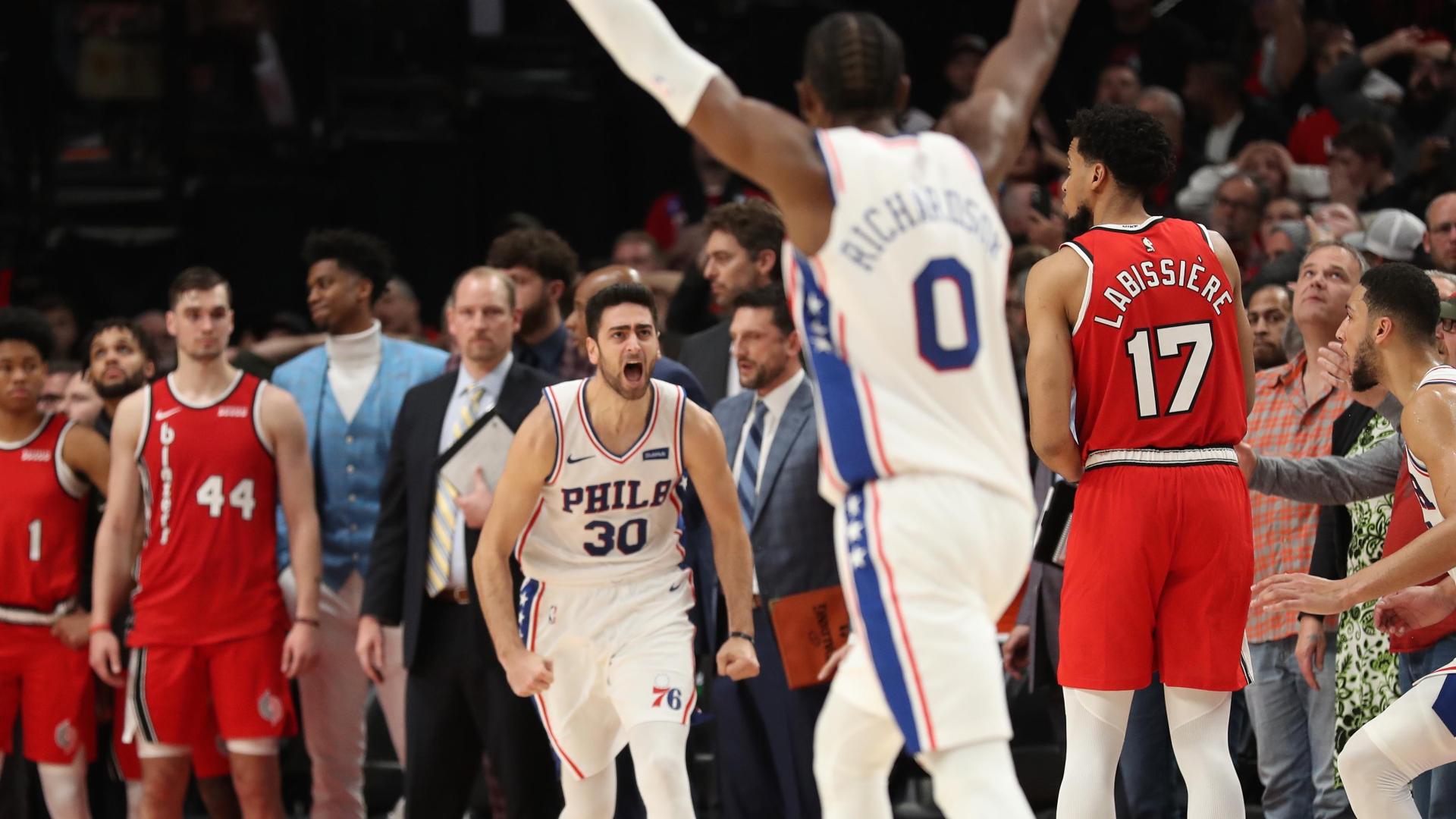