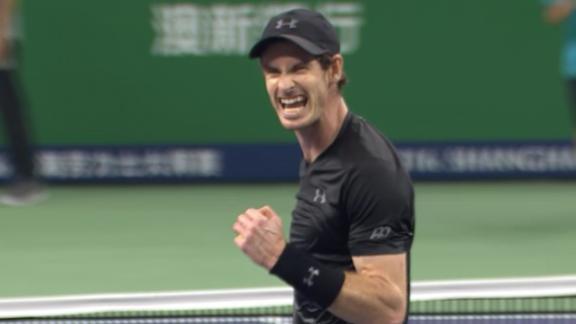 SHANGHAI --Andy Murray admits his proximity to world No. 1 Novak Djokovic in the rankings has caused him to reassess his short-term targets.

A straight-sets victory over Roberto Bautista Agut in the final of the Shanghai Masters, winning 7-6 (1), 6-1 in 96 minutes, gave the Scot his sixth title of the year.

More importantly, it moved him to within 915 points of Djokovic, who lost to Bautista Agut in the semifinals.

With Murray currently in top form, having won 20 sets in succession to take the China and Shanghai titles, he has now set his sights on the Serbian's position at the top of the rankings -- although he admits overhauling the 12-time Grand Slam winner will be difficult.

"My goal wasn't to finish No. 1 at the end of this year, but in the early parts of next year, there is an opportunity," he said. "900 points doesn't seem like loads. But Novak will win matches. He is the best player in the world. I don't think he has lost an indoor [match] in a long time."

Murray's form is on an upward curve, and the Olympic gold medalist is pleased with how changes to his game have made a difference.

"In the last few months, I have won a lot of matches and made improvements," he added.

"I have been moving forward better and changed the direction of the ball better. I have also come up with some bigger serves when I have needed them."

Murray's victory in Shanghai was his 41st career title, and he won it with very little fuss once he had comfortably negotiated a first-set tiebreak.

Things went with serve until Murray broke his Spanish opponent to take a 4-3 lead, but when Bautista Agut broke back and then made it 6-5, Murray took the first set to a tiebreak with a love game.

He cruised through the tiebreak to make it 19 sets won in a row, before three breaks of service to one for his opponent in the second set eased the Briton into a 5-1 lead. From there he closed out the match with a number of 100 mph second serves and powerful groundstrokes. 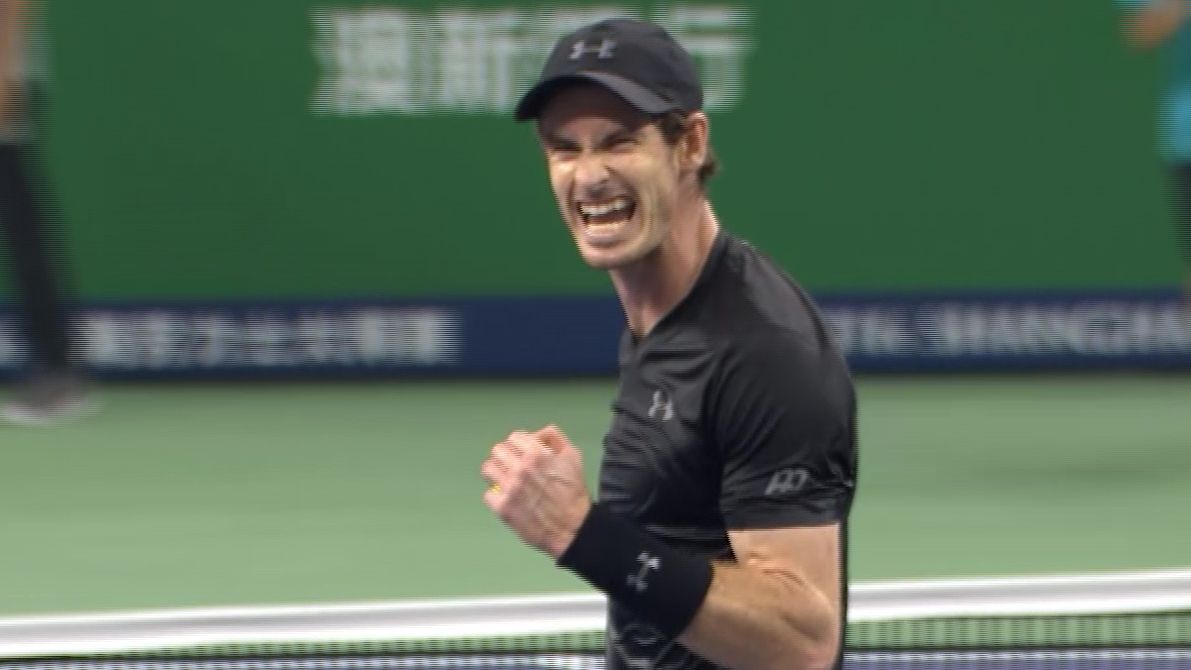