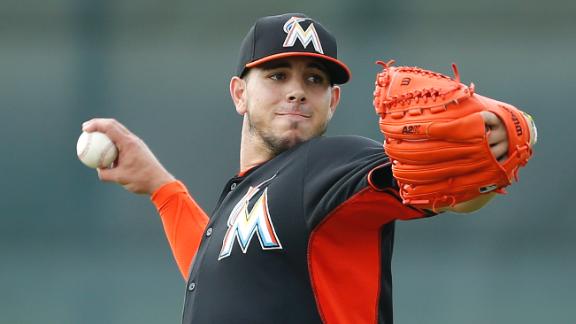 Who are the best players in Major League Baseball heading into the 2015 season?


ESPN formed a panel of MLB writers, analysts and contributors to rank the top 100. We ranked the top 10 at every position and will unveil the top 25 Tuesday with a special edition of "Baseball Tonight" (8 p.m. ET, ESPN2 & WatchESPN).


The results will be announced on ESPN.com, Facebook (ESPN Baseball Tonight) and Twitter (@BBTN). Fans can use the hashtag #BBTN100 to join the discussion and follow along.


To compile the top 100, we polled more than 60 ESPN experts in February and March, starting with a list of more than 300 players. Using a 0-to-10 scale, they evaluated the players based only on how well they are projected to perform in 2015. Players expected to miss 2015 with an injury were not included.


We're continuing the top 100 by ranking the players from 26-50, where there are six new players in the top 100. The highest debut on the list is Astros second basemanJose Altuve, who checks in at No. 31. While a number of players made their debuts, three players (Cliff Lee, Joe Mauer and Chris Davis) who were ranked from 26-50 last year dropped out of the top 100.

BBTN Top 100: Players 26-50
Karl Ravech and Doug Glanville look at the players just outside the top 25 who can make a jump into the top 10 next season.

Baseball Tonight: Top Pitchers
Aaron Boone and Tim Kurkjian make their picks for the best left-handed starters, right-handed starters and relievers in the majors heading into the season.