On Monday, ESPN's Field Yates reported that the Eagles created $6.37M in cap space by reworking Brooks' deal. Yates reported the Pro Bowler converted his base salary into bonuses, dropping his cap number to $4.768M for this year.

Brooks responded to the report on Twitter, "If your [sic] wondering about the restructure I get 4 million now, 4 million by September 1 with a couple hundred thousand over the season. The reason I did it was because the [expletive] SB MVP DESERVED MORE MONEY @NickFoles. Love you bro #WhateverItTakes." 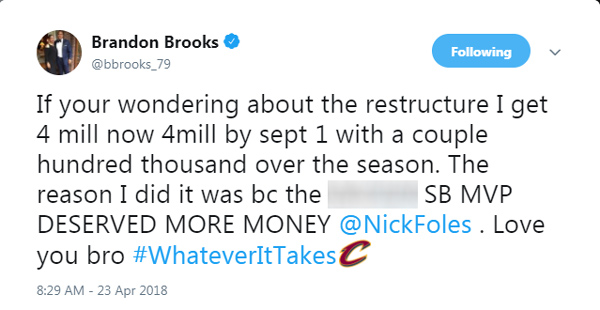 In an unintended move, by tweeting the hashtag "#WhateverItTakes," Brooks' tweet included the Cleveland Cavaliers logo, since that is their playoff slogan. He apologized for the confusion.

Last week, a source confirmed to Action News that Foles and the Eagles agreed to rework a contract.

Foles' restructured deal includes a $2 million signing bonus, incentives if he starts and hits certain benchmarks, and a mutual option for 2019.

Foles was in the final year of his contract and was scheduled to make a base salary of $4 million this season.

Both parties would have to be on board to exercise the '19 option. The move gives the Super Bowl MVP a pay bump and provides an avenue for Foles to remain in Philadelphia beyond this season depending on circumstances.

In regards to Foles' contract, ESPN's Tim McManus writes, "Nick Foles' reworked deal can be viewed as a unique move for unique situation. What do you do for a SB MVP who is at his most marketable but remains under contract as a backup? Give him a $2 million pay bump and restructure the deal so he can earn extra through incentives - whether he sees the field a little or a lot this year. I believe it was important to Foles to receive this kind of gesture, and the Eagles recognize that he's earned it."

Foles stepped in for the injured Carson Wentz, who tore the ACL and LCL in his left knee against the Los Angeles Rams in December, and guided the Eagles to their first-ever Super Bowl win in 2017.

Foles recently expressed the desire to be a starter again during an interview with a Texas ABC affiliate, while also highlighting the positives of remaining with the Eagles for another season.

"We love Philly. I know there was some stuff going around [about] a possible trade, and I would love the opportunity to be a starter again," Foles said. "I know my spot in Philly. I think I've shown what I can do. I'm signed for one more year and I love the team, I love the city. I'm excited for Carson to get back on his feet. I'll be ready to go whenever they need me. But we'll see; just living in the moment."

While some teams inquired about potentially trading for Foles at the beginning of the league year, the Eagles set the price high and no deal was struck. 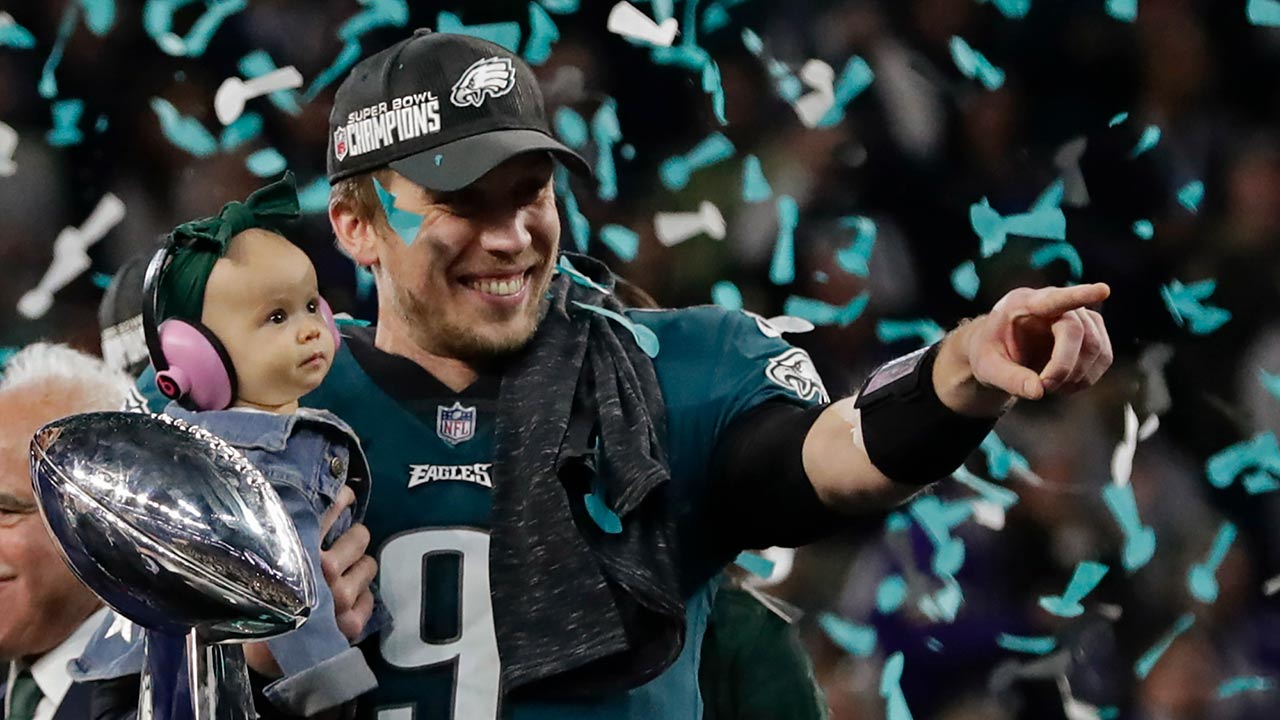