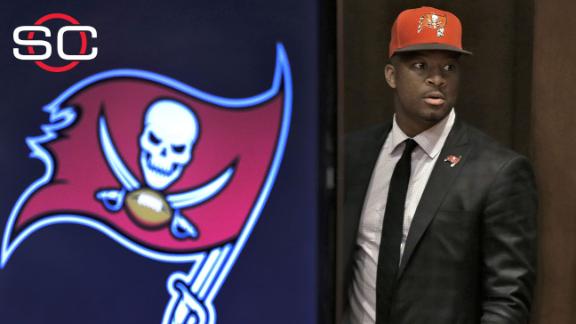 At least for the foreseeable future, the Tampa Bay Buccaneers won't have to worry about Jameis Winston chasing his other dream of playing pro baseball.

That's because the Bucs had a clause written into the first overall draft pick's rookie contract that prohibits Winston from playing professional baseball, according to TheMMQB.com.

Winston, who had played two seasons of baseball at Florida State, was selected in the 15th round of the 2012 MLB draft by the Texas Rangers and is eligible again to be drafted this year. The 2015 MLB draft will be held June 8-10.

The Bucs signed the quarterback to a four-year deal worth $24.35 million-- including a $16.69 million signing bonus -- on Friday, according to ESPN NFL Insider Adam Schefter. The deal is guaranteed and includes a fifth-year option.

Winston had expressed his love for both sportsin February, telling TheMMQB.com that playing both sports professionally "always has been my dream."

After the comments, according to TheMMQB.com, the Bucs texted Winston to let him know that to be their choice as the No. 1 pick in the NFL draft, he'd have to give up that dream, at least for now.

Winston thrived in the closer role for the Seminoles and played some in the outfield. In 2014, he was 1-0 with seven saves and 31 strikeouts in 33 1/3 innings for FSU.

Preparing Winston for first season in NFL
ESPN NFL analyst Herm Edwards discusses how Lovie Smith can successfully prepare Jameis Winston for his first NFL season and why the high expectations should be tempered for Winston's first year with the Bucs.