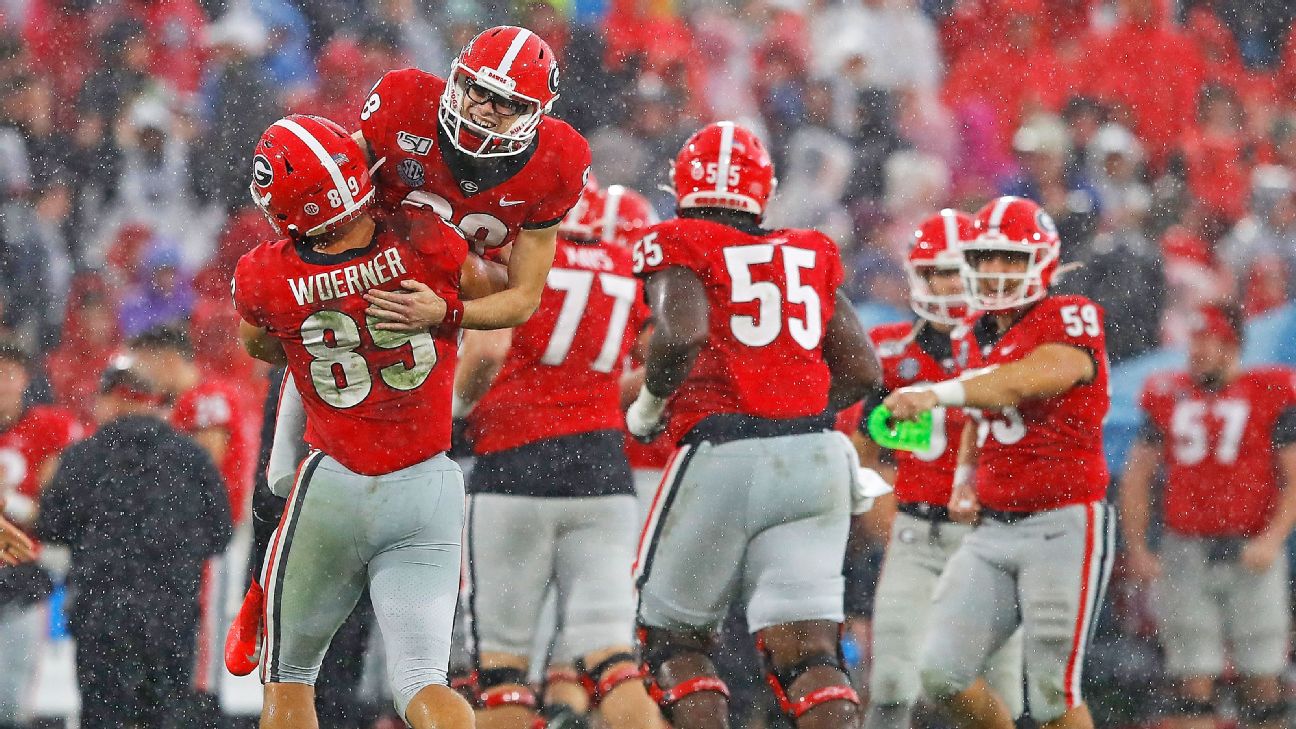 So maybe Georgia doesn't win games in a manner in which you would expect from a playoff-caliber team in today's game. The Bulldogs don't score points by the bucket loads and their quarterback doesn't dazzle you with his lightning-quick feet or his howitzer of an arm.
Instead, they do this thing. It's called playing defense.

Instead, they have this quarterback. His name isJake Fromm and he's experienced and savvy and a winner.

And together, Fromm and coach Kirby Smart's defense, they're onto something.D'Andre Swiftshoulders the load at running back, George Pickens and Lawrence Cager pitch in at receiver, and they're a real threat.

There was that hiccup against South Carolina, of course, but since then, they Bulldogs have been rolling. They've beat two top-15 teams in Florida and Auburn, and shut out Missouri. On Saturday, they hung on to beat Texas A&M and improve to 10-1.

So what if the scoring margins of those games aren't astronomical? Georgia has something LSU -- its opponent in the SEC title game -- doesn't. It has balance, and that counts for something. -- Alex Scarborough

The Buckeyes were able to beat Penn State, despite a third-quarter scare, and are still atop the Big Ten power rankings. Heading into the final weekend of the regular season, Michigan has an opportunity to knock off rival Ohio State, but no other opponent has been able to do so. The Wolverines have been surging on the field, and despite losses to Wisconsin and Penn State, they are playing like a different team the past few games. The Gophers move back into the No. 2 spot but also have a tough final test with Wisconsin. Ohio State has already punched its ticket to the Big Ten championship game, but the winner of that Minnesota-Wisconsin game will represent the West division. While the bottom of the conference is pretty much settled, this final week could see changes in the final power rankings within the Big Ten. -- Tom VanHaaren
1. Ohio State

Heading into the regular season's final week, the Big 12 championship matchup is set: Oklahoma and Baylor will have a rematch. Though both teams took care of business Saturday, it came in different fashions. The Sooners had a closer-than-they-preferred battle against TCU, despite massively outgaining the Horned Frogs, and Baylor put on a dominant defensive performance against Texas. Oklahoma State won a close one over West Virginia to set up what should be a fun Bedlam. Texas drops after falling to 6-5, and Iowa State is a win away from three straight seasons of eight wins, something the Cyclones haven't accomplished since 1978. -- Sam Khan Jr.
1. Oklahoma

In the wake of Oregon's shocking loss at Arizona State, Utah is the Pac-12's only remaining hope at being represented in the College Football Playoff. There's no question Oregon's loss to Arizona State hurts that possibility because it will diminish what a win over the Ducks could potentially mean for the Utes, but it's hard to say definitively how much of a difference it will make. The case for Utah is clear: The Utes have dominated in all but two games this year (a close win at Washington and a Friday night loss at No. 23 USC).

They've given up more than one touchdown in only three games all season, quarterback Tyler Huntley is probably the favorite to win the Pac-12 Offensive Player of the Year award, andZack Mossis one of the best running backs in the country. Their lack of quality wins might end up being the deal-breaker, but this team can compete with anyone in the country. -- Kyle Bonagura

On Oct. 13, Virginia Tech had a 1.7% chance to win the Coastal Division. In fact, its chances of losing out (5.8%) were higher than making it to the ACC championship game. But the Hokies have posted one of the most remarkable in-season turnarounds in the country, winning six of their past seven games to put themselves in a spot that seemed inconceivable only six weeks ago. A win Friday against rival Virginia puts Virginia Tech in the ACC championship game against Clemson. Virginia Tech has beaten Virginia 15 straight times, but the Cavaliers were the preseason choice to win the Coastal and are the FPI favorite in their looming matchup. On the opposite end of the spectrum, Miami lost to Florida International 30-24 in what coach Manny Diaz called "one of the lowest points ever in this proud program's history." In no universe should Miami ever lose to FIU. But here the Canes are, and that is low enough to earn them last place in the rankings this week. -- Andrea Adelson
1. Clemson 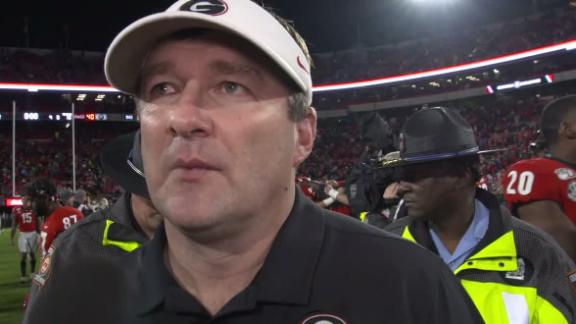 Smart, Blankenship react to Georgia's win vs. A&M
Georgia coach Kirby Smart says he wants his offense to be more explosive, then kicker Rodrigo Blankenship describes what it means to win his last home game. 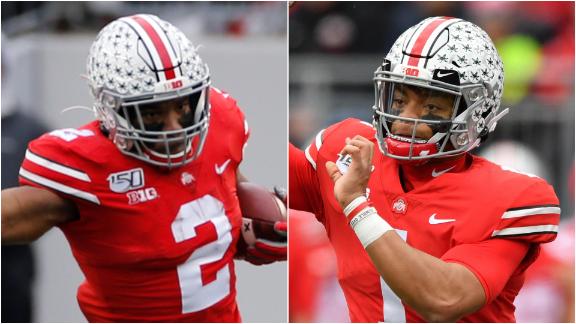 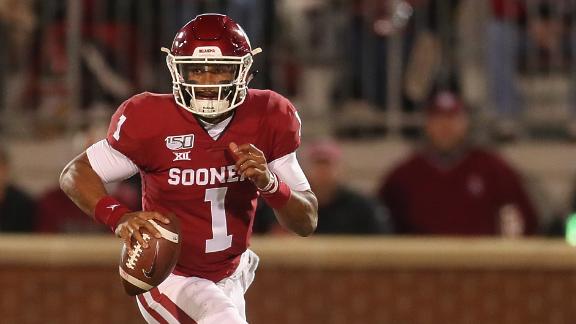 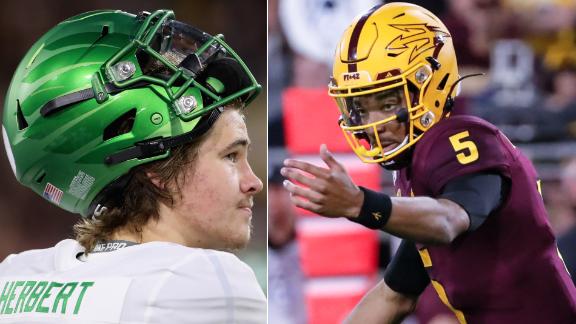 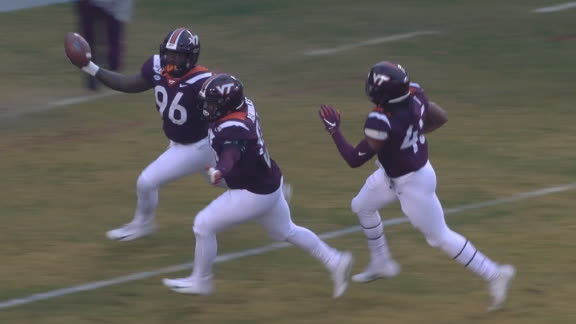