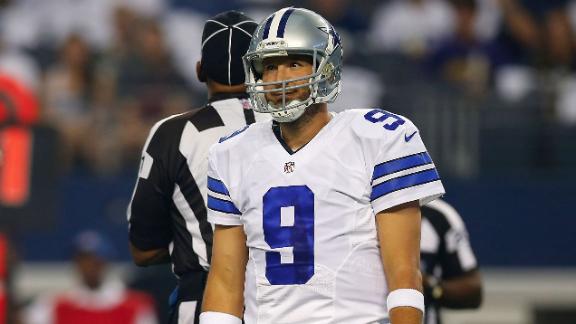 The Dallas Cowboys haven't made the playoffs since 2009, yet somehow Jerry Jones' team has once again risen in value -- by 36 percent over last year -- to lead the Forbes NFL Team Values list, which was released Wednesday, at $3.2 billion.

The Cowboys are atop the magazine's rankings by a healthy margin for an eighth consecutive season, having risen in value by $900 million to become the only NFL team worth more than $3 billion.

Despite last having won a championship in 1996, the Cowboys are second in value only to Real Madrid ($3.4 billion) among all global sports franchises.

The Cowboys also have the NFL's highest revenue ($560 million) and operating income ($246 million), and this season become the first NFL team to have partnerships with a worldwide luxury watch and cruise line.

The New England Patriots ($2.6 billion), the Washington Redskins ($2.4 billion), the New York Giants ($2.1 billion) and the Houston Texans ($1.85 billion) round out the top five. The entire NFC East is ranked among the seven most valuable teams, with the Philadelphia Eagles coming in seventh ($1.75 billion).

Forbes says the average NFL franchise is now worth an all-time high of $1.43 billion, which is 23 percent more than a year ago and is the biggest year-over-year increase since 1999.

The value of the Super Bowl champion Seattle Seahawks rose to $1.33 billion, which ranked 15th.